As I am sure you all know by now-Will and I are a family of six.  There are the two of us, our dogs- Toby and Wells, and our cats- Pepper and Jersey. 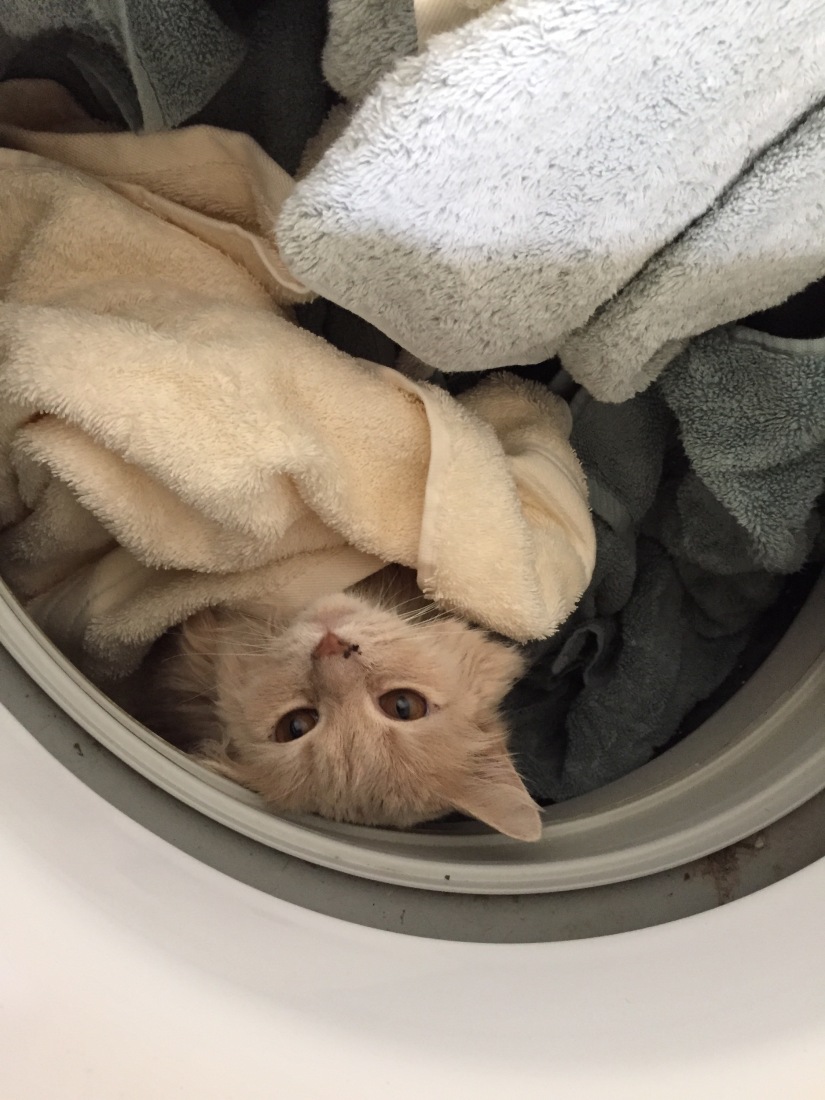 Jersey is a lover of water and a hater of our dog Wells.  He would spend all day in a sink, and purposely knocks water over so that he can sit in it.  He would drink water from a running spigot, and would get excited if he heard you turn on water any where in the house.  (Yes, he was a strange cat.)

I adopted Jersey many years ago on an impromptu trip to Friendly Center with my friend Jackie.  We decided we would go in the pet store for fun, and there he was.  Poor, pitiful kitty sitting in a cage in the middle of the store by himself, left there by our local shelter in hopes of getting another cat adopted.  The family that originally adopted him decided they couldn’t keep him. (Automatically I felt bad for the poor cat! His family didn’t want him anymore!). He also was very timid and didn’t like being held- but he would let me hold him. (“Oh no Amy, you don’t need another cat”-words from Jackie). But of course I didn’t listen and adopted he was! (And she helped me get him home! Always a great partner in crime.)

He would have turned 11 this coming Feburary.

Crazy things happen in life, and this week was one of them… We had horrible storms, lots of rain, and on Tuesday, November 17th, Jersey passed away.  That morning he was fine.  Later that day Will got home, and he was still fine- moving around and being a cat.  I got home and things rapidly changed.  In no time at all Jersey had hidden himself away in a cabinet.  He basically became paralyzed from the waist down and couldn’t move.  He was meowing one of the worst sounds I have ever heard, and quickly becoming colder and colder.  He peed on himself. I held my cat in a towel for the longest time while he was in pain.  We tried to move food and water to him and he wouldn’t budge.  He even tried to move himself back to his cabinet.  He then began making more noise and quickly threw up on himself.

We knew it was time to say goodbye.

Jersey is part Ragdoll Cat.  One thing I learned is that Saddle Thromboses is VERY common in male cats, especially this breed, and even more so when they hit the 10+ year mark in age.  There is next to nothing you see to alert you it may happen, and nothing that a typical check up at the vet would show you or warn you about.  Even upon going to a vet their odds become 30% for surviving and most often don’t recover to a healthy standard.  Some cats regain some strength in their legs, others stay paralyzed.  Some stay on medicine, some don’t.

Saddle Thromboses is actually a blood clot in a cat.  It releases from the heart and moves to somewhere in the hind legs- causing paralysis.  Your cat can be fine one minute and gone the next.

Jersey is gone.  Family pets I have grown up with have passed.  This was MY OWN first pet to see go.  It was not pleasant, very unexpected, and heart breaking- however I know my cat is more comfortable now.

He is buried under a pecan tree near the edge of our yard, thanks to my sweet husband.

For now we are hugging our dogs and spoiling our other cat, Pepper, who has now gained privilege to sleep in our bed. (Deep down, Will loves cats… He just hasn’t admitted it out loud.)

So, with Thanksgiving approaching- be sure to share it with those you love and care about, including your pets.  You don’t know when the instant may come that is your last, and if it does, hope you are there to see it.

We have some fun stories to share in future posts so stay tuned! 2015 isn’t over yet, and I plan on it ending happily.

We are married and live in Helena, Arkansas; part of the Delta! One baby girl, two dogs, and at least 100 pecan trees keep us entertained! Life is good on the Cashion Plantation! View all posts by teamwac

3 thoughts on “So Long Jersey”