Okay, so there seem to be three sets of people on Facebook-

– Those that use Facebook to announce something different they are thankful for for each day of November up to Thanksgiving itself.

– Those who say we should be thankful every day of the year, not just during the month of November.

– The rest of everyone else!

Well I say we’re all right- however there is nothing wrong with using this time of year to express your thankfulness even more than I’m sure we all do every day of the year!  Yes, we should express love, thankfulness, and every other positive emotion on a daily basis to every person important in our lives- but what’s wrong with a little bit bigger reminder once in a while?

I can easily say that living about 800 miles away from my family and having a good part of Will’s family spread out in all directions over the U.S. and such a SMALL amount of time off to devote to all of them and even just ourselves, that these days devoted to doing so are really quite nice.

When getting married you quickly have to learn to balance all of this out.  We found that rotating holidays with each family is what will work best for us, and we take what time we can to make it work.

This Thanksgiving we saw my family!  Most trips are less than a handful of days long so we squeeze in family, usually friends, food, and fun into every second!

Here’s a glimpse at our weekend away for Thanksgiving 2015:
Lots of hang out time with Ava (6) and Kylie (2) 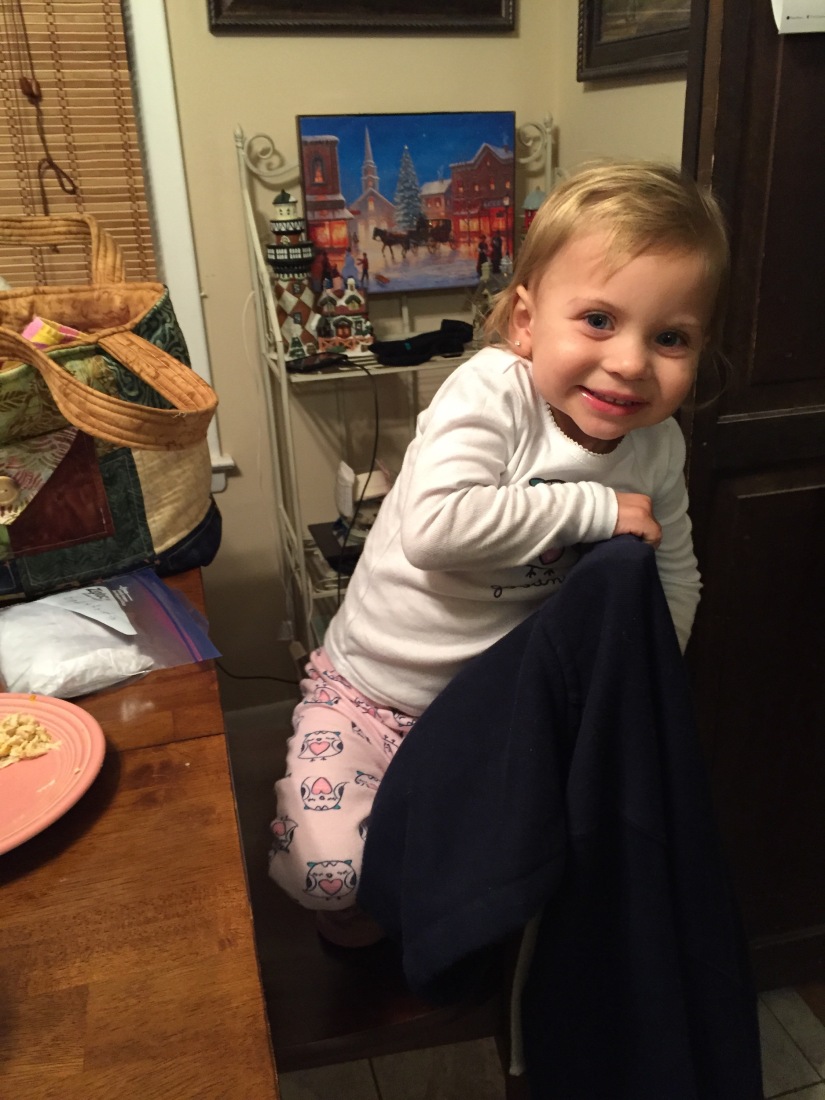 And if they weren’t already the best nieces… They just got more bonus points for loving Taylor Swift! They were a bit camera shy, but still sang a couple songs  for us!

Now family and food went hand in hand! We had several great meals and also got to do it with different family members!

We had Smokey Bones (a first time for both Will and I) with my grandparents.  It was pretty good! Especially the onion rings!

We had Carter Brother’s with Jubee! (My favorite, local, NC Barbeque restaurant) 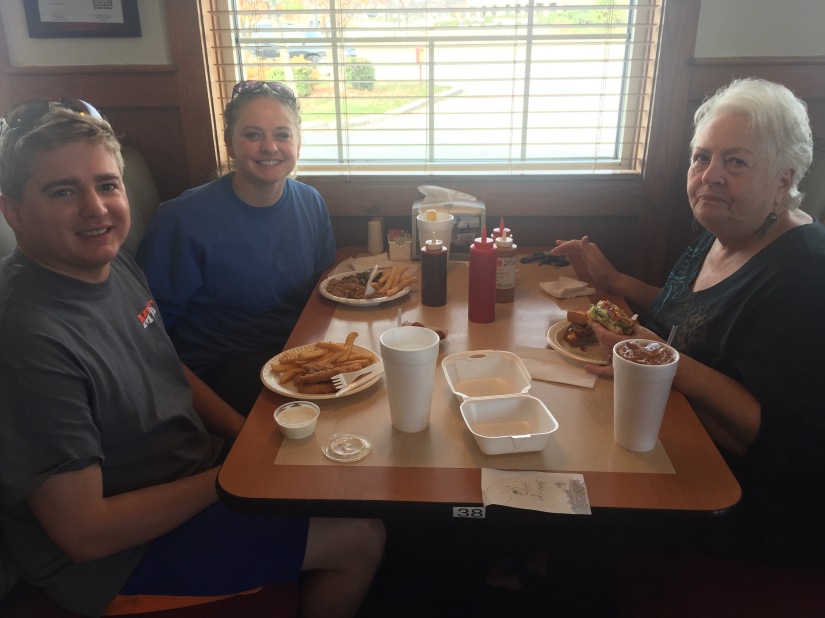 Obviously I had to also get a cup of banana pudding for dessert!

How could that banana pudding not be good?!

My parents love a newer restaurant in town- Rixster’s.  Mostly my mom wanted Will to try their hot chips! In Helena, hot chips are known as hot Cheetos.  In NC hot chips are sliced potatoes fried to make home-made potato chips, served hot and either crispy or floppy. 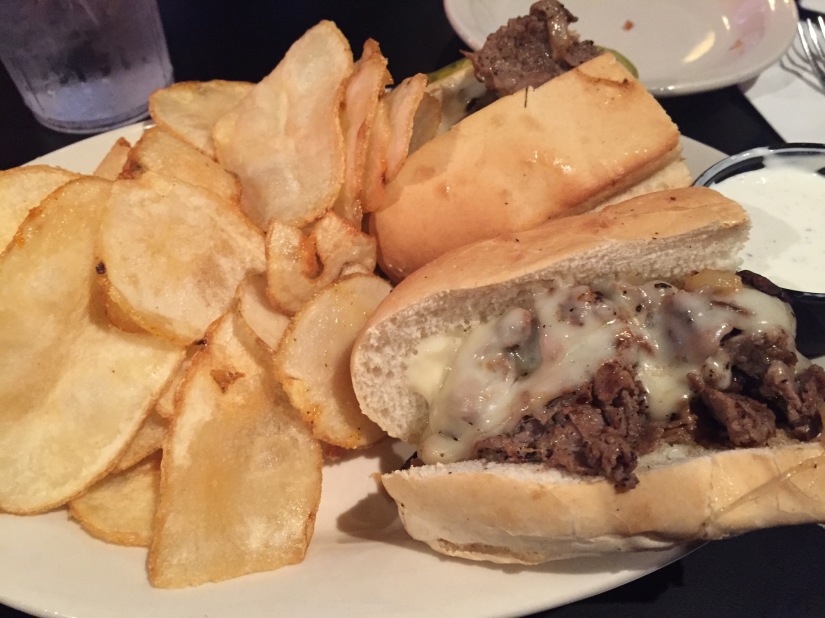 There they are! Always good served with ranch!

With all this food came some walking!  I took Will to my college campus and walked him EVERYWHERE, reminiscing about all of my time spent there! He probably learned more than he truly cares to know, but hey- it helped him burn some calories so he could eat some “hot now” Krispy Kreme Donuts!

They say… “When that hot light blinks- it can only mean one thing…hot Krispy Kremes!”

We also went to Gibson Park and walked a lot of their trails.  I used to go out to these trails a lot with Toby, so it was fun showing Will some of them as well!

Unfortunately (except not really..) all that walking meant time to eat again!  Will and I went out a couple of times on our own!

We had Japanese food at my favorite local, hibachi restaurant- Kobe of Japan! It is a very small, hole-in-the-wall, very casual, Japanese restaurant.  Any time I have talked someone in to going here with me, they have loved it!  Will was not the exception!  His food was gone before I could even take a picture of it! 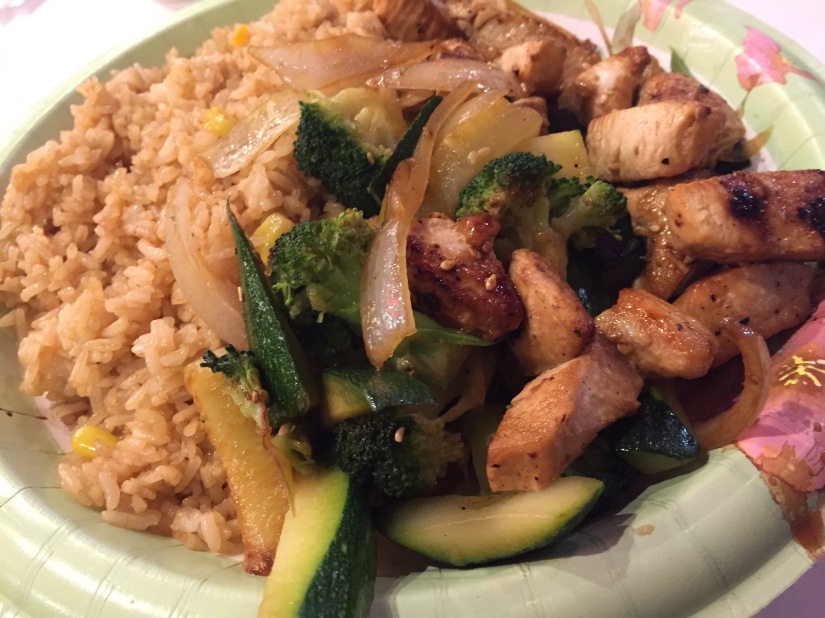 We also stopped by Bruster’s Real Ice Cream on Main St in High Point.  SEVERAL years of my life were spent in two other Bruster’s locations- so it’s obviously a mandatory stop. (Aside from the fact it is phenomenal ice cream any how.)

Ironically enough, my old boss was right down the road! Will and I stopped by the putt putt course and met him and their now TWO kids as well as another old friend!  It’s been about three years since I’ve seen any of them, so that was a pleasant, random surprise!

Movie night is a must when we go to NC!  We get to see a movie in the Movie Tavern! They have huge chairs and serve food and drinks to you!  To top it off, the ticket price is still a dollar cheaper a ticket than what we pay when we drive to Southaven or Memphis to see a movie!

Thanksgiving is also the start of a very special part of Greensboro, NC during the holiday season!  One of the huge neighborhoods near downtown has committed to decorating their houses for Christmas.  Nearly every house participates and the result is beautiful!  Because of the traffic this creates, the neighborhood has also started collecting canned goods for food banks each year!  The pictures below do not do justice on how magical it seems when you drive through these neighborhoods! 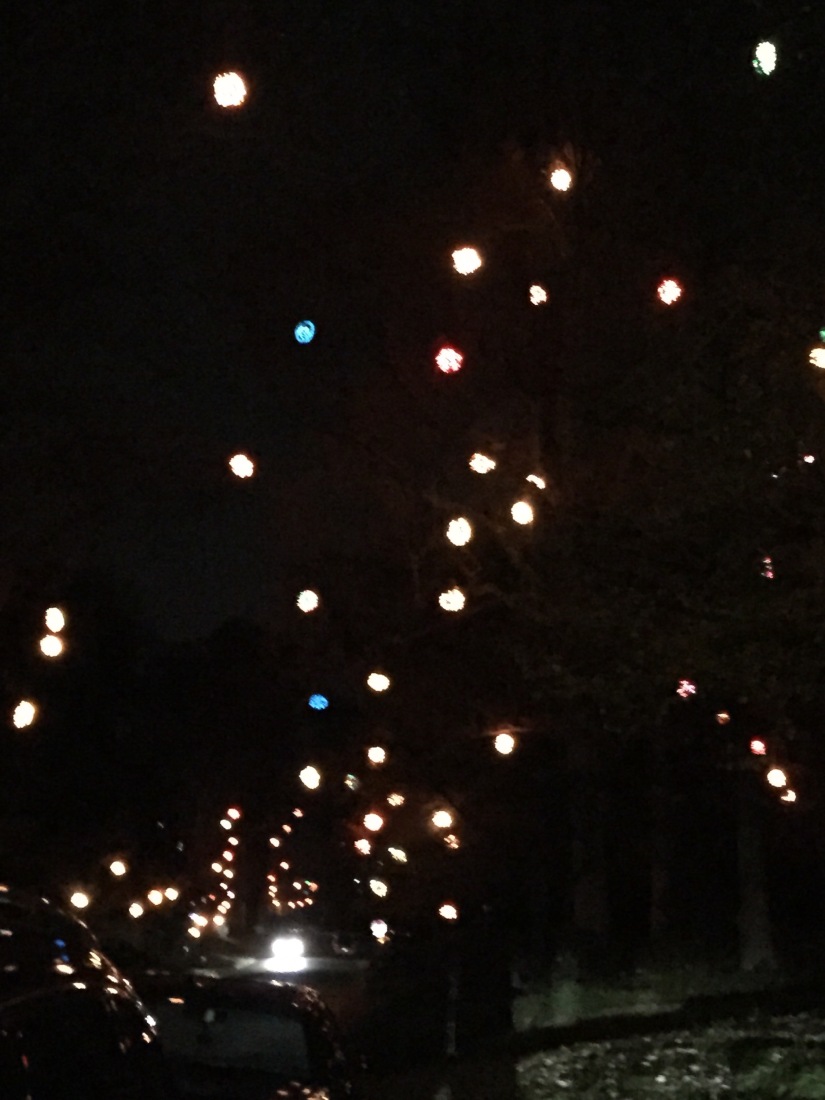 North Carolina trips never disappoint and it will be different not spending Christmas here this year, however- this tiny bit of time with some of the most important people in my life helped!

SOOO… I am thankfully thankful for Thanksgiving!

3 thoughts on “I Am Thankfully Thankful for Thanksgiving”