WHAT A WEEK IT HAS BEEN! But I’m back!  Let me just show you the craziness of the week and why I haven’t written a post in a few days.  The scariest thing I have ever seen on my phone while walking out of one of my customer’s and having a missed call from Will: 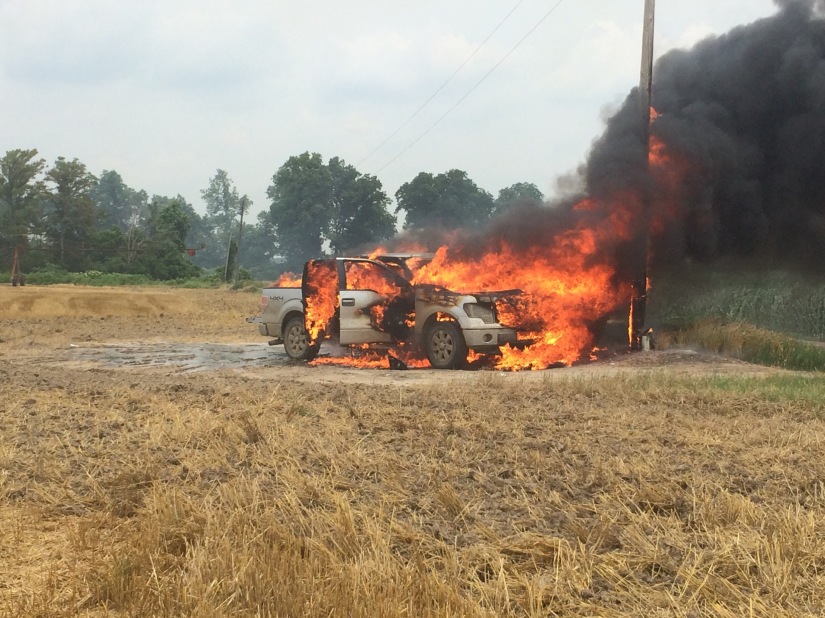 Obviously I picked my phone up straight away and called him.  Will quickly assured me that cars don’t combust into a fire of that size at once; he had plenty of time to get out before it would have reached him.  (I also know I wrote in my last post how his truck is super dirty, but that I still ride in it sometimes with him… But I sure didn’t mean it was burn-worthy dirty! Haha.)  This time of year, once they are done harvesting the wheat, they have to burn the fields, and then re-plant beans in them.  Will was on his way to turn on a pivot so that it would be nice and wet, and not likely to burn.  On his drive back to the edge of the field, there must have been too much wheat or whatnot under the hood, it got too hot, and caught on fire.  (Burning the field had not even begun yet.)  He also reassured me that this isn’t an uncommon problem.  Fortunately Will is just fine, he’s just truck-less at the moment! Whew! For my week, personally, I have had lots to bake, so I have stayed extremely busy!! 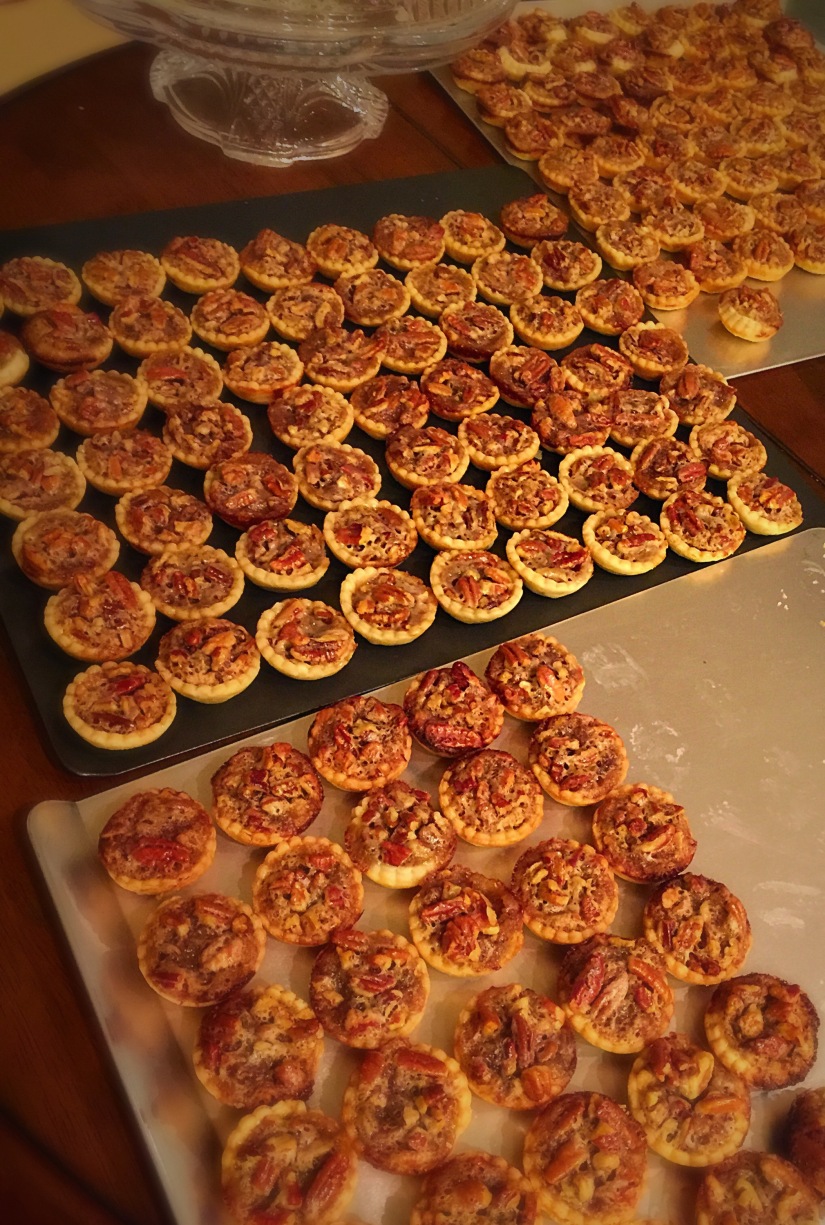 200 mini pecan pie tassies for starters!  Aren’t they cute though?! 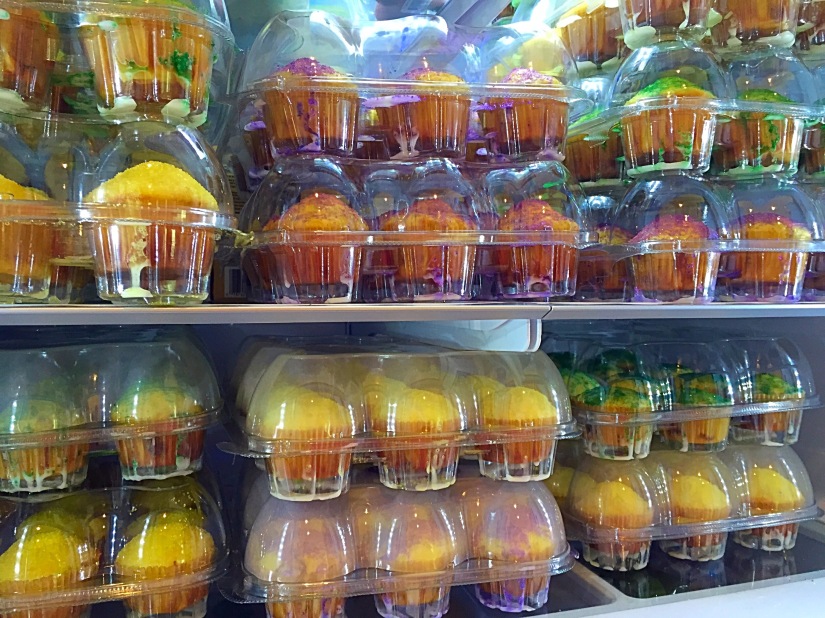 15 dozen King Cake Cupcakes! (Basically a butter cake with a cinnamon and brown sugar swirl through them topped with a sweet glaze, and lots of purple, green, and yellow sugar crystals!)

Anddddd the new Teach For America people have come to Arkansas for their Induction and then Institue training.  Several of them came to Helena on Saturday for a tour, so I baked 1.5 dozen white cupcakes, with strawberry buttercream for them!

I also work for Sysco, and the team I work for is no-less than wonderful! Especially customer service.  I tend to end up with one lady in particular and have told her I would bring her cupcakes one day since she always helps me and “saves the day!”  So I baked the customer service team several chocolate and white cupcakes with vanilla buttercream.  (No picture to share)

The weather has also been in the mid 90s most of the week, so Will had been wanting something cold and easy for lunches.  His favorite is chicken salad-so I made some up for him to make a sandwich each day!  It turned out rather good! (Nana- it’s not quite yourrrrr chicken salad that I love, but it’s pretty close!!)

Now since I’ve shared so much of what I’ve been baking and making in the kitchen- it’s only appropriate that I show you some more pictures of our house that we are constantly doing something else to! Seems like pictures of the kitchen would be just right! 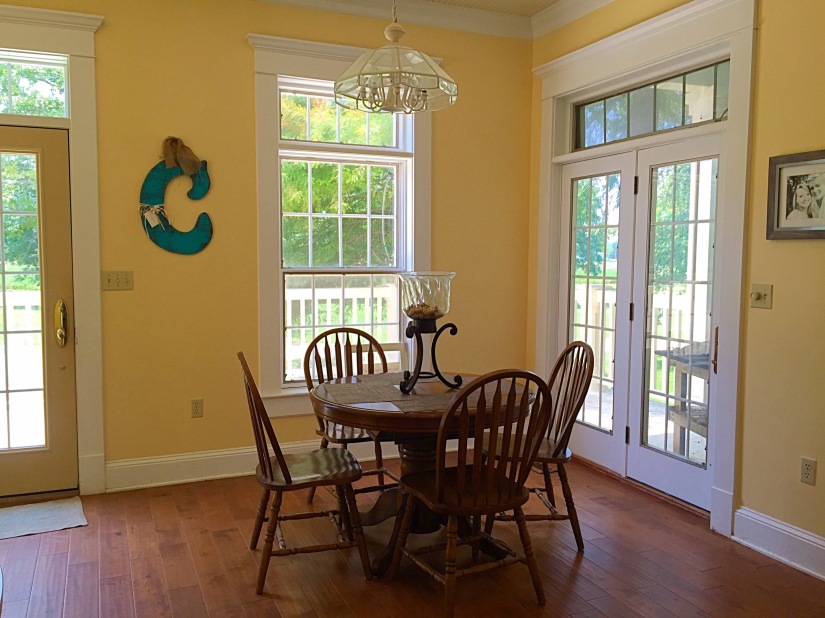 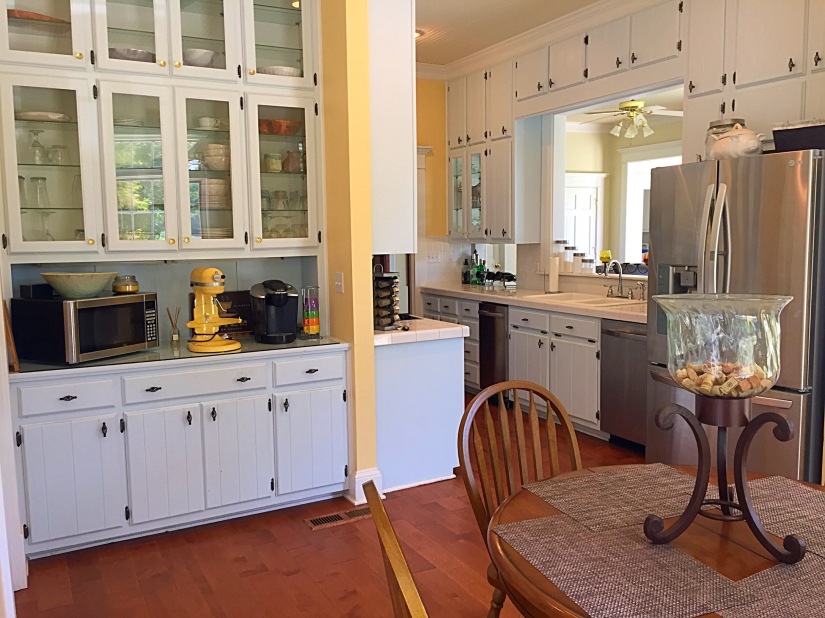 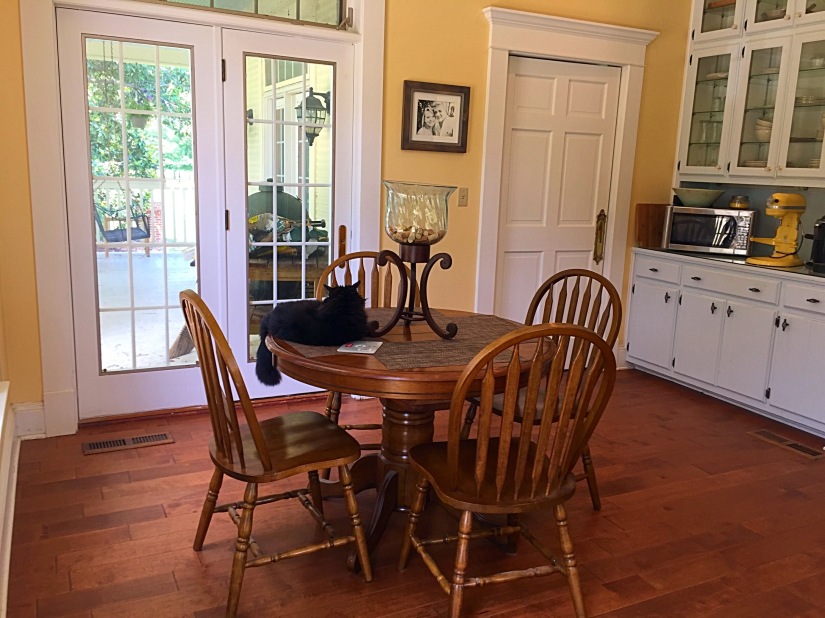 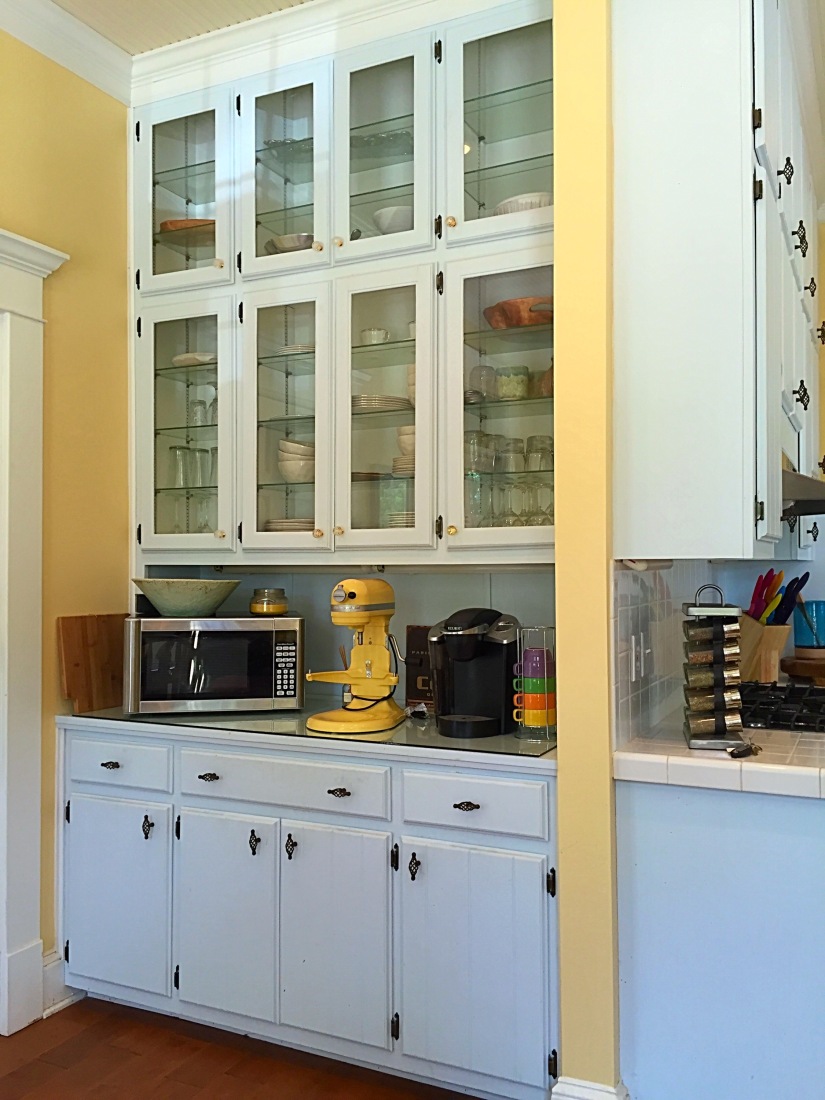 Lots of blues and yellows! (My mixer matches too!) 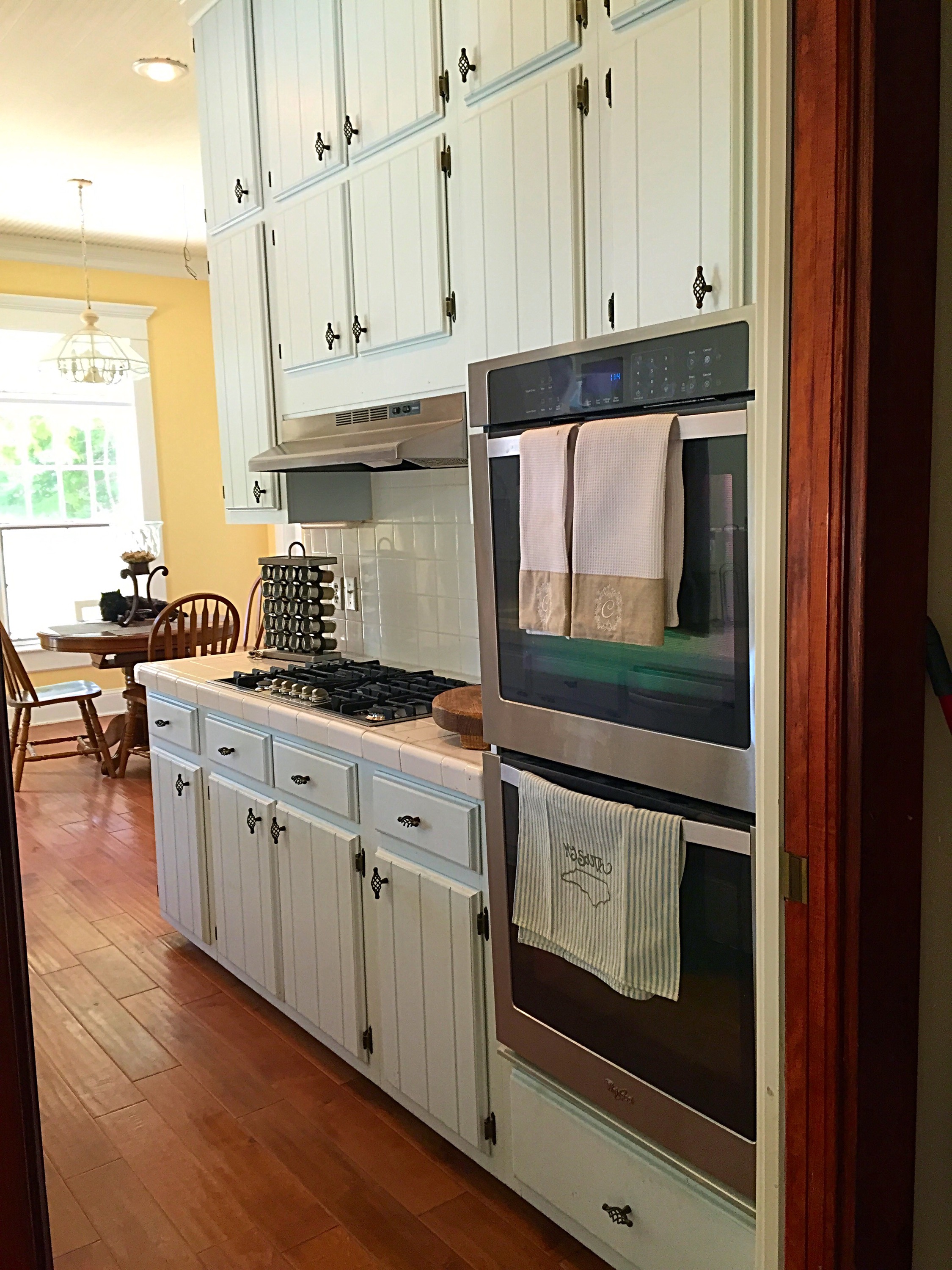 Knobs on the cabinets!

Will re-grouted the countertops!  And when I clean the kitchen, I get two dogs that love to watch… 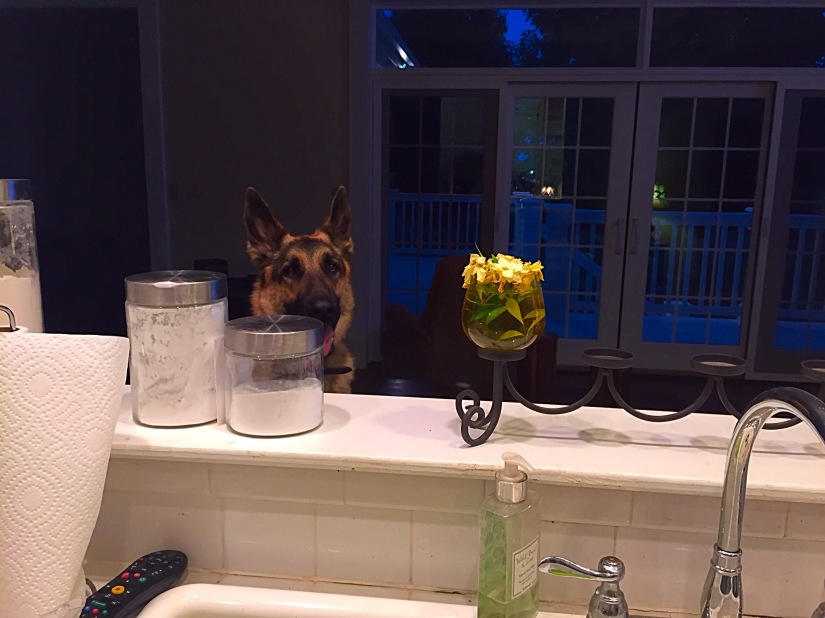 So that has been the busy day-to-day in the Cashion house hold! Hope you enjoy!

2 thoughts on “House Update and Lots of Baking, Oh-Will Caught on FIRE!”