“That’s the real trouble with the world, too many people grow up.  Laughter is timeless, imagination has no age, and dreams are forever.” -Walt Disney

“Youth can not know how age thinks and feels, but old men are guilty if they forget what it is to be young.” -Dumbledore, Harry Potter and the Order of the Phoenix

In my own humble opinion, no matter your age, you can’t help but feel a little like a child when visiting Disney World, or any of the theme parks near by- (my other favorite- The Wizarding World of Harry Potter, hence the quote above, and pictures soon to follow!)

Neither Lenise (my best friend), nor myself have ever been to any of these parks in Florida- so we took ourselves in December 2015, and here is what happened…

WE HAD A BLAST- with no expectations for this trip, no planning aside from tickets to the parks and plane tickets to get home and back, and living in the moment- it couldn’t be a bad trip!  (Now I can’t lie- at the end of Saturday night while waiting on our ride to get back to the hotel, we both had a slight, grumpy grown up moment when we realized the trip was over, and also that it did unfortunately cost money… Slight disadvantage to being a grown up-the Magic did cost a little money..)

Anyhow, we won’t dwell on that! So here we go-

Dinner at City Walk on Thursday night! (The black beans were actually my favorite part of that dinner!) 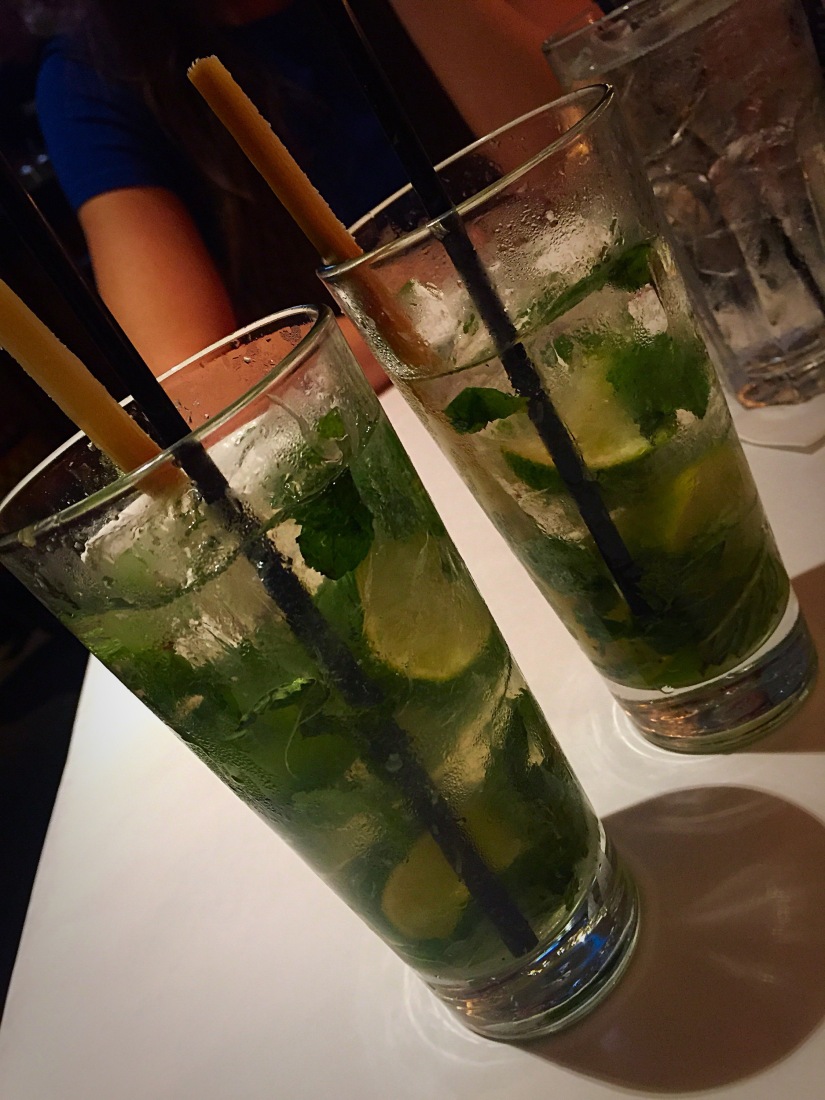 We also had to wander some to see everything:

Definitely wanted to ride this hot air balloon- but my dear husband talks about riding them a lot, so we saved that for a future trip!

However, the real magic began the next day when we went to Islands of Adventure and The Wizarding World of Harry Potter.

Comic Book Land and the 3D SpiderMan Ride! There was real fire and water in this ride which was pretty cool… 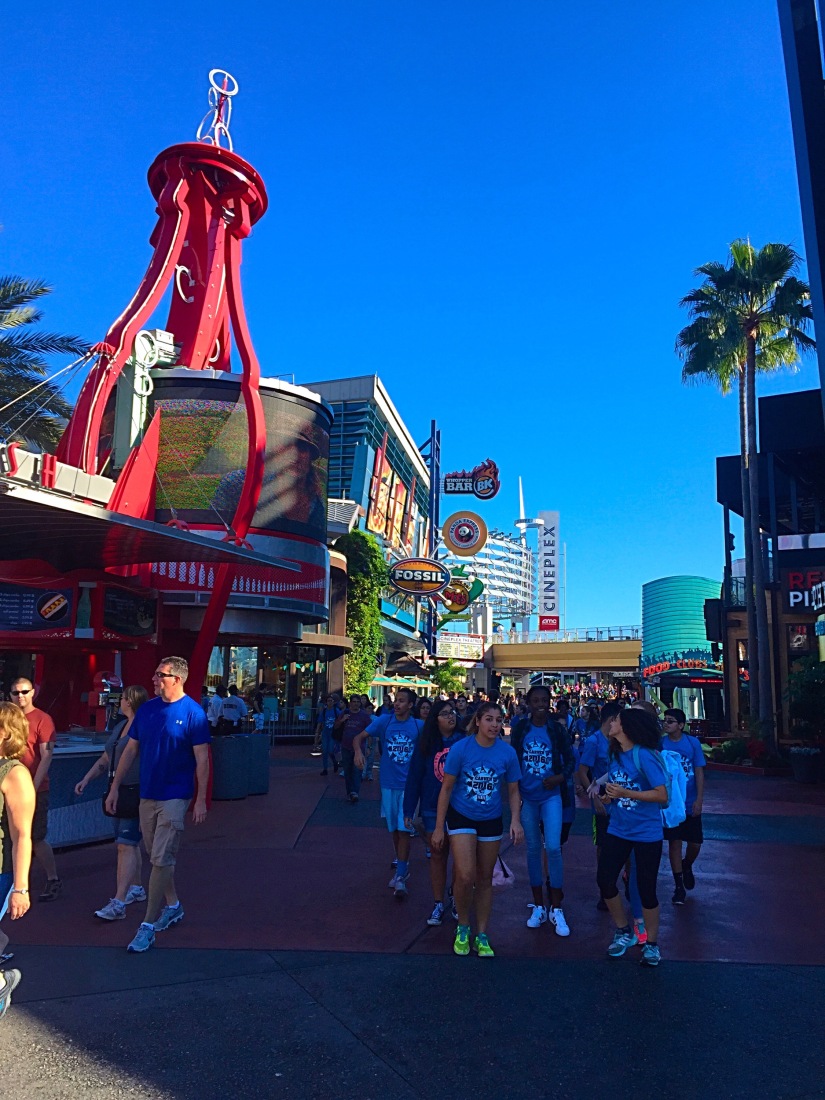 Then there was Jurassic Park…. 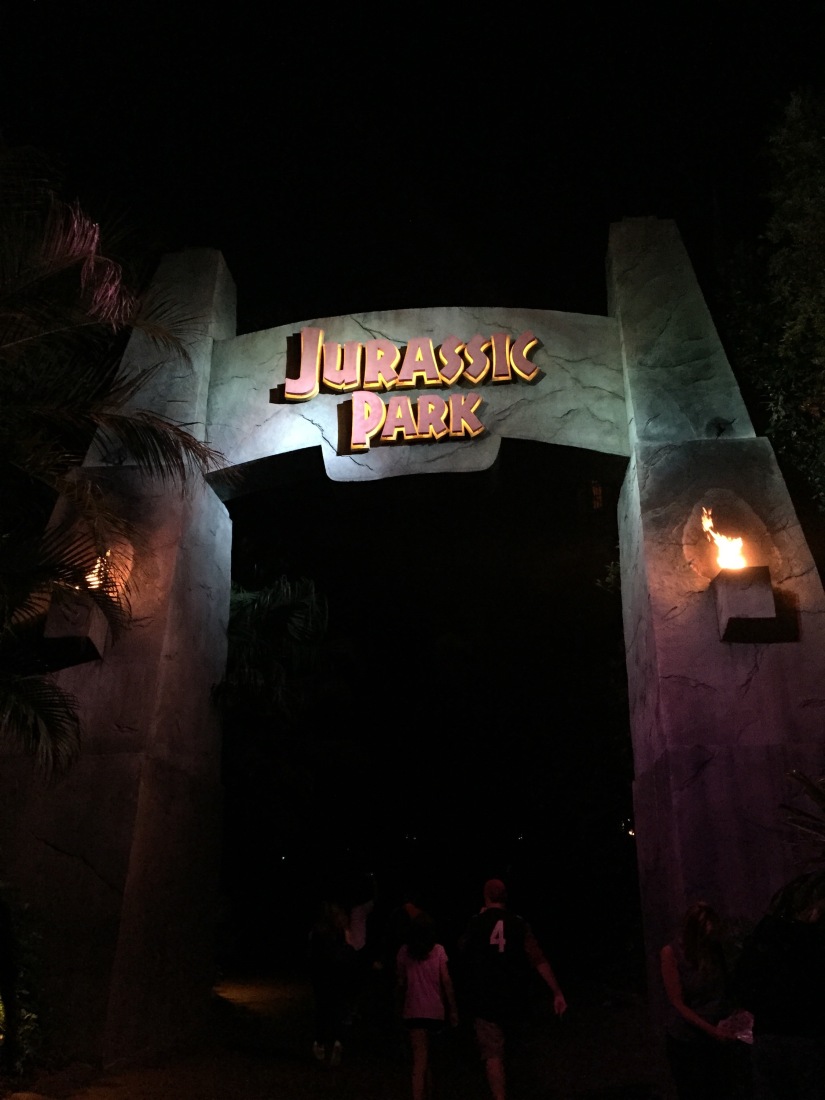 Where we met a raptoSauras- which was pretty cool!  She moved around like this while you had your picture taken: 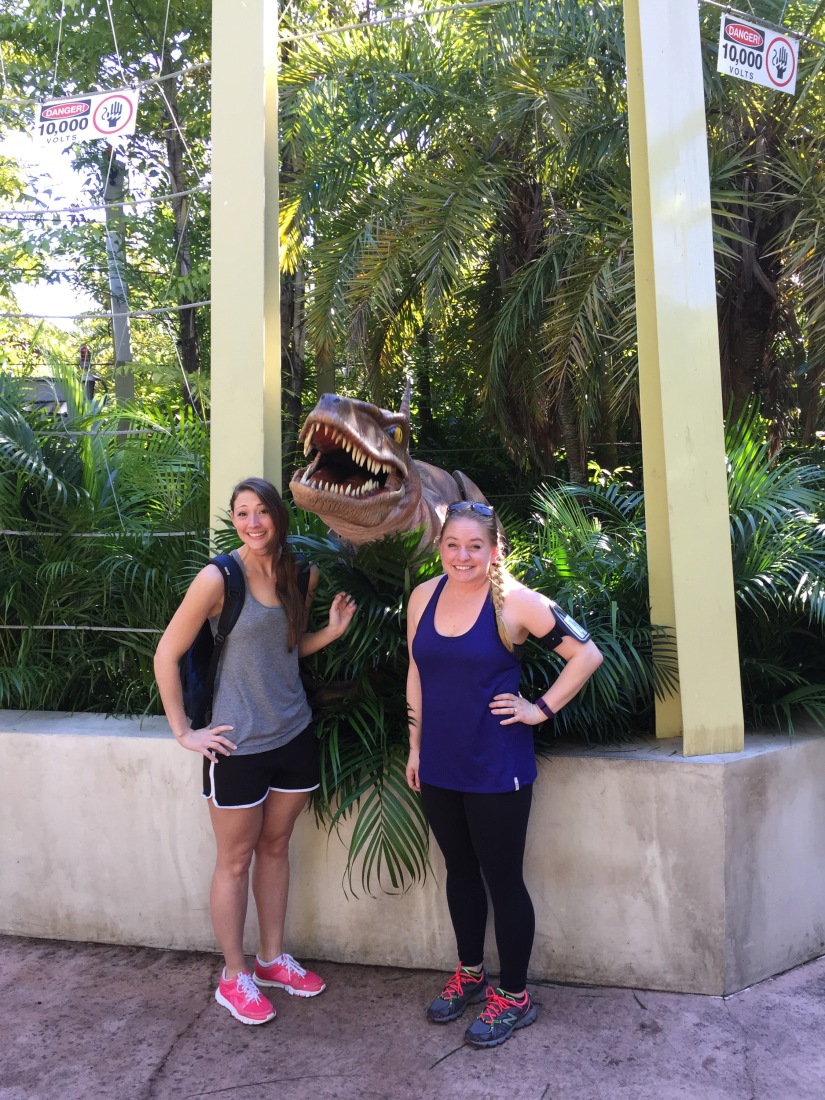 From there came HARRY POTTER WORLD! I have loved the books and movies, so going here was definitely a check on my bucket list! 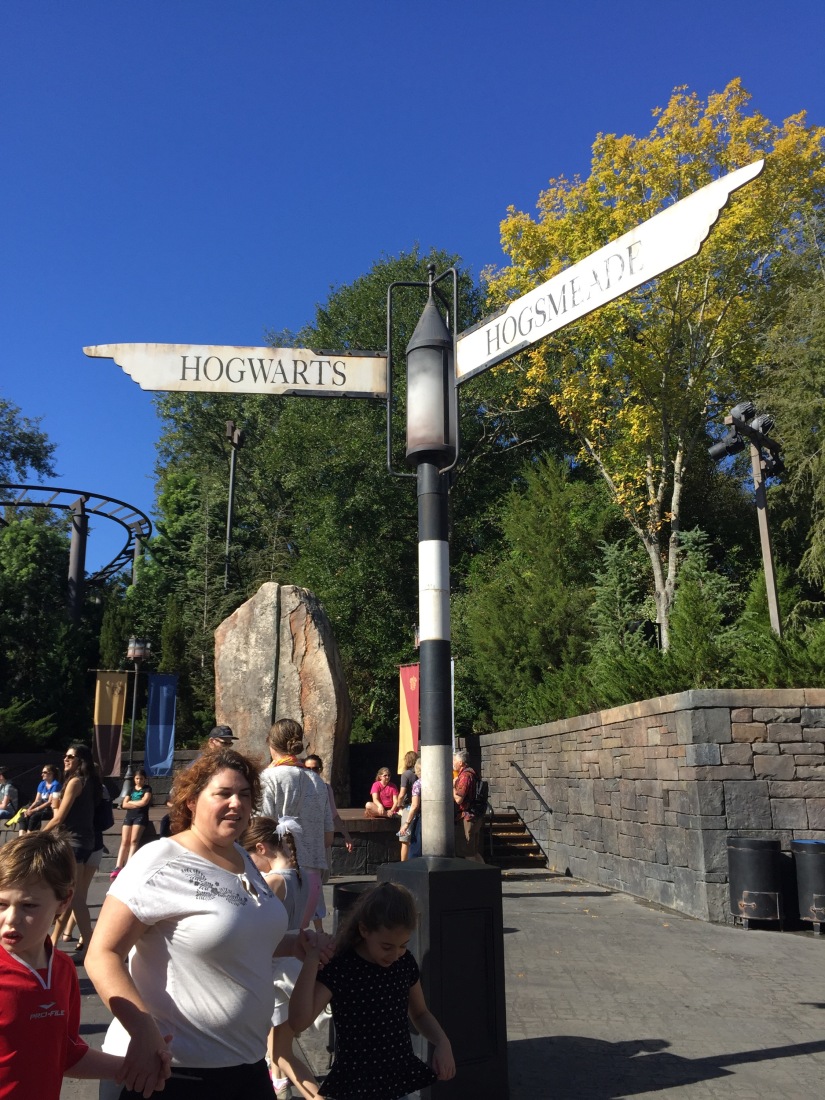 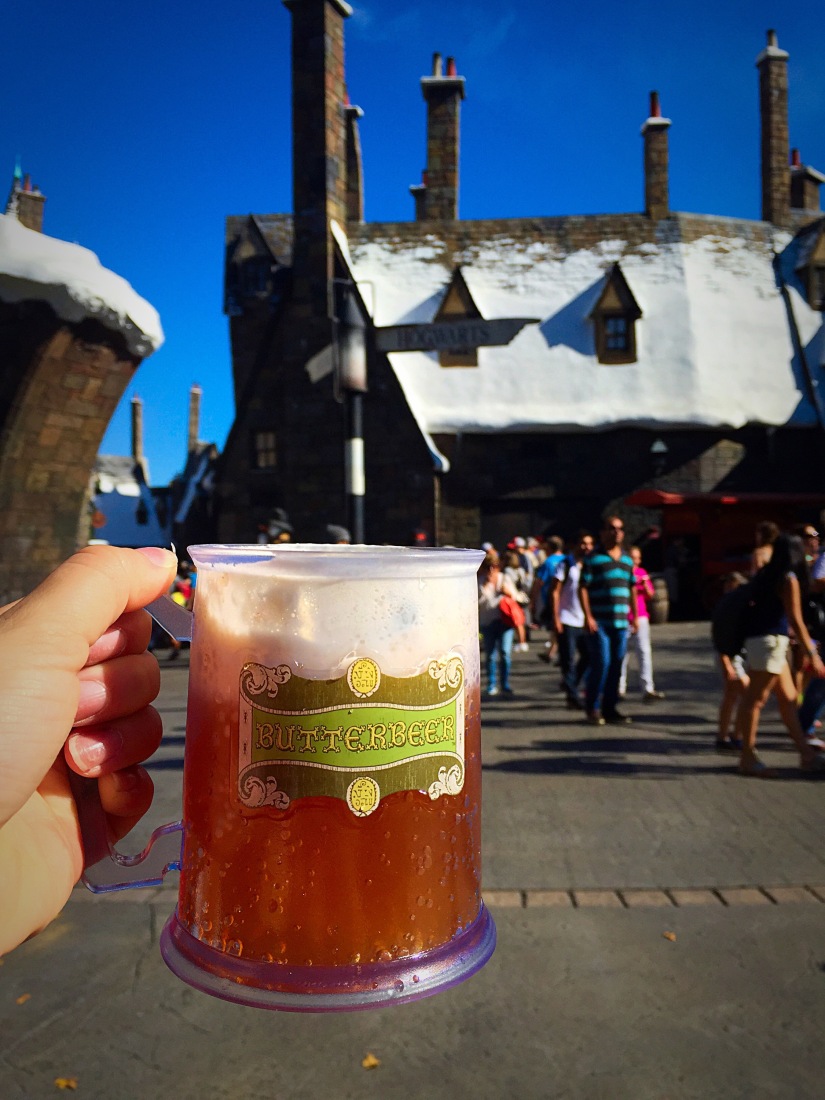 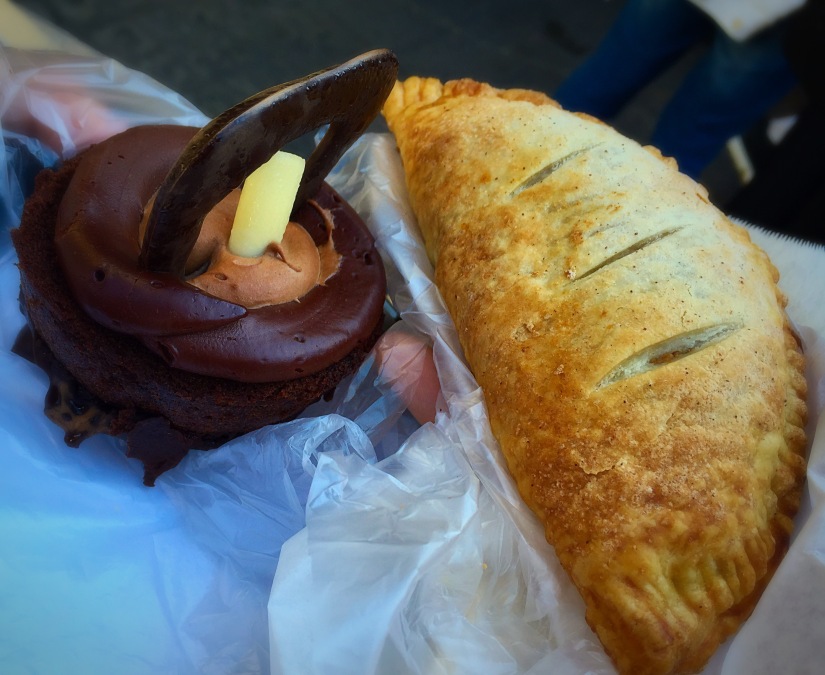 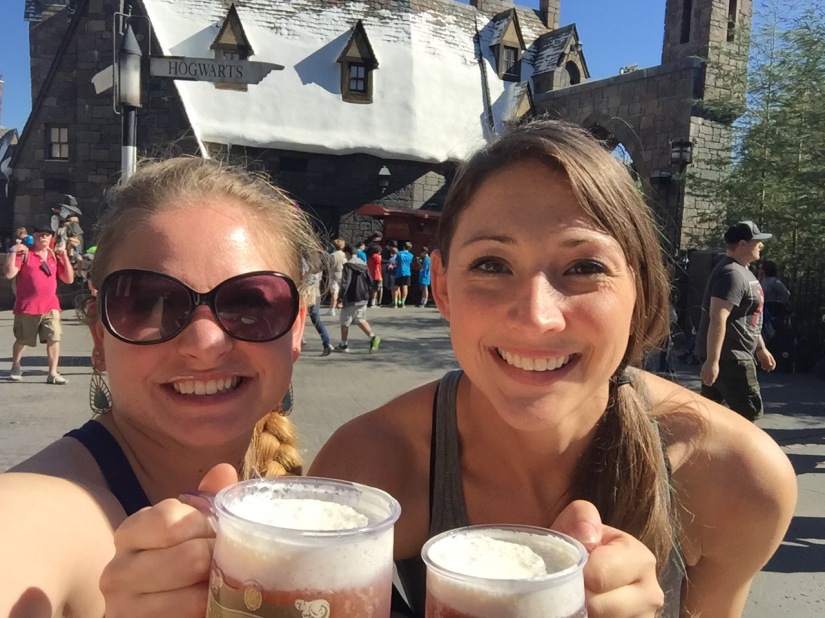 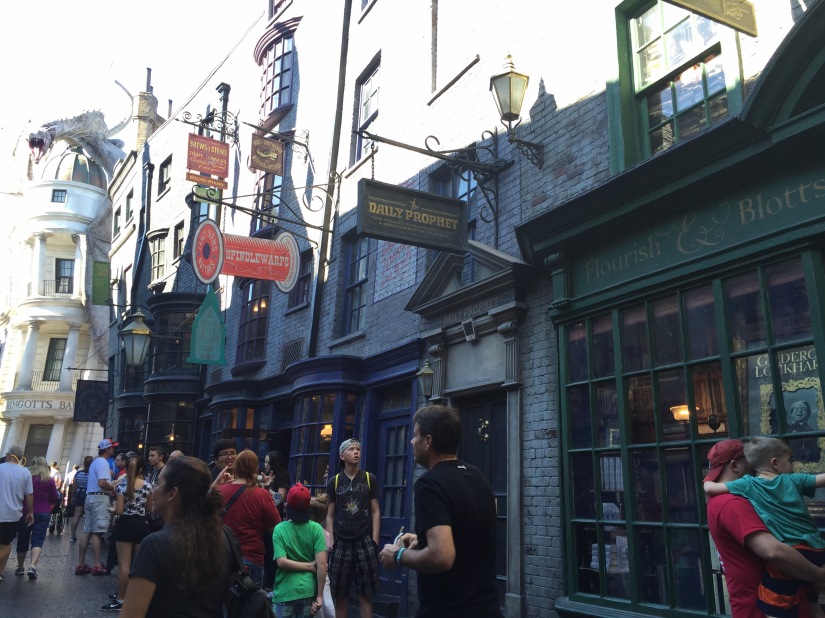 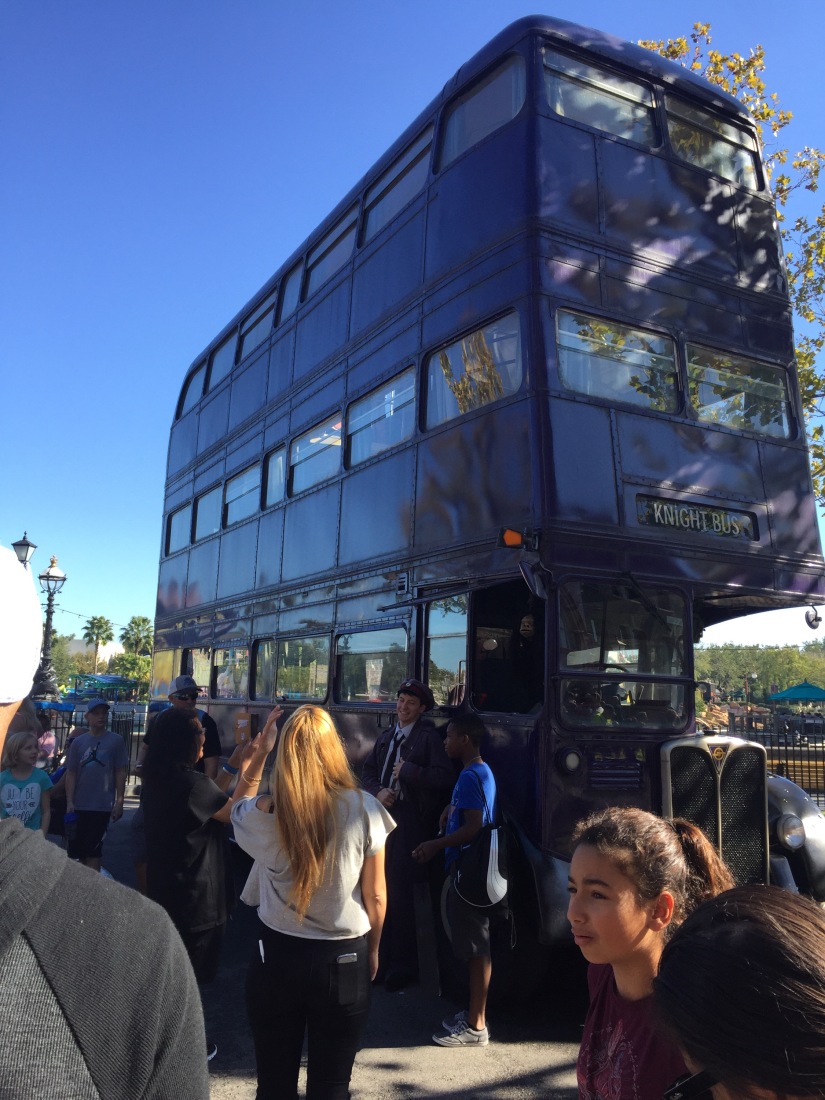 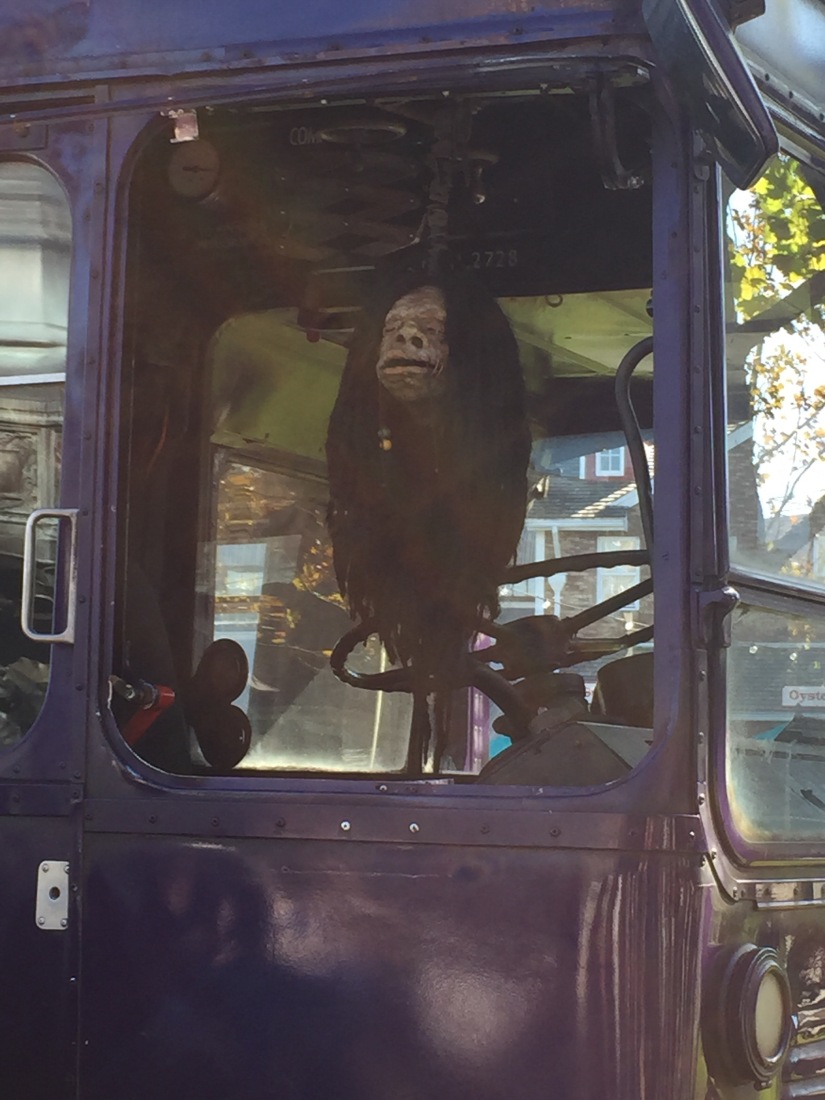 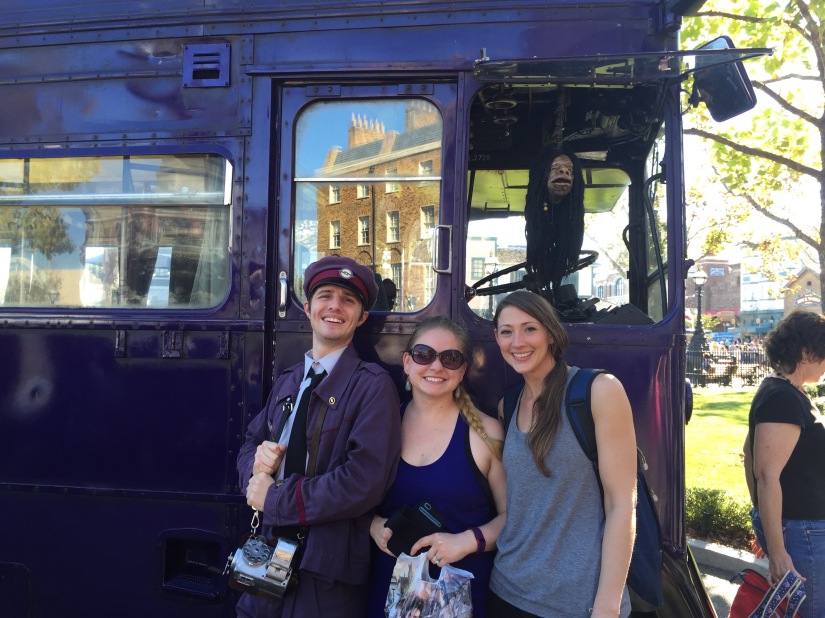 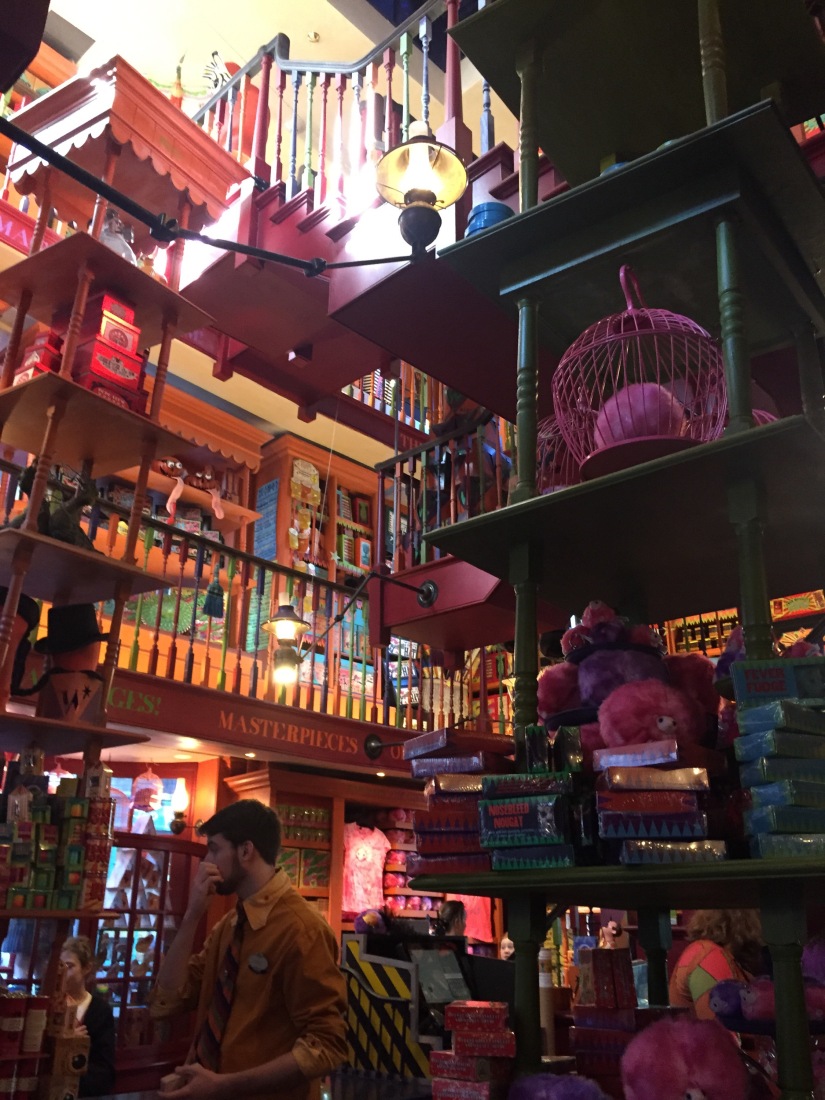 Of course we videoed some of the sites!

THEN- There was the Hogwarts Castle!

(We actually got stuck on the ride in the castle!) 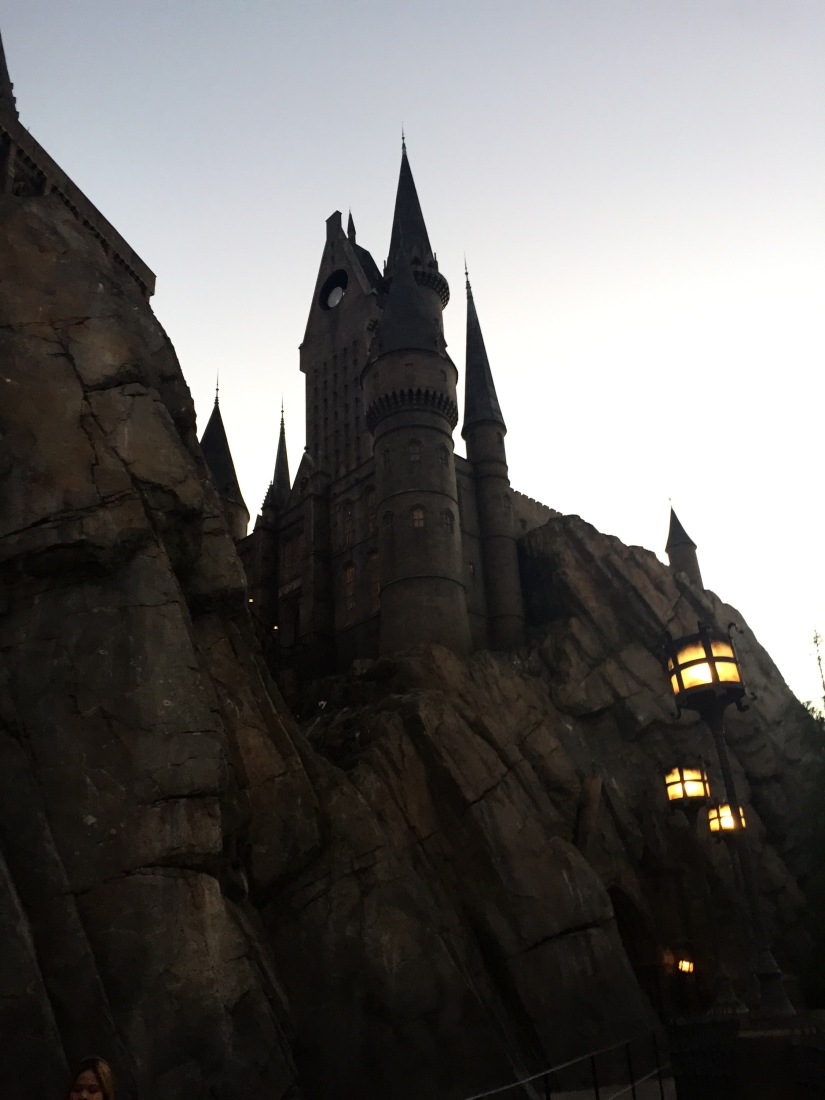 The pictures in the castle even moved and spoke! 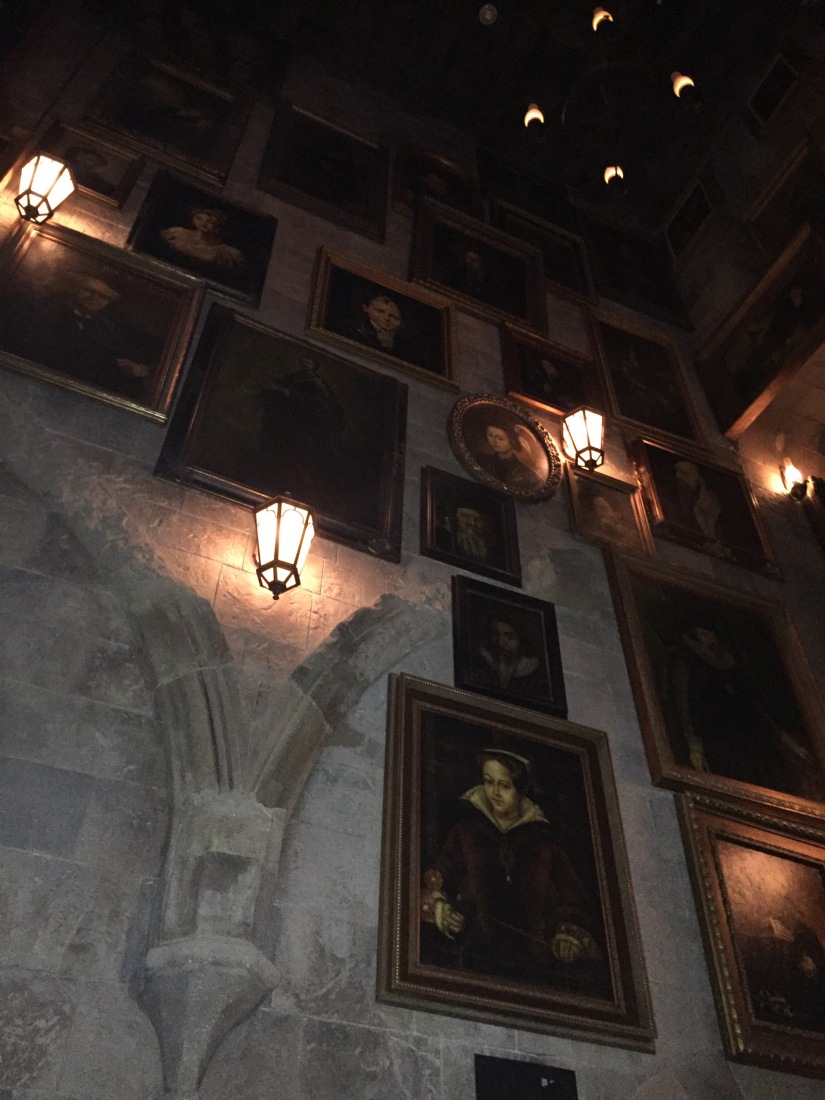 Of course they had the map:

We also got to visit Gringotts Bank!  I couldn’t take my camera in so I don’t have many pictures or videos- but it was so lifelike! 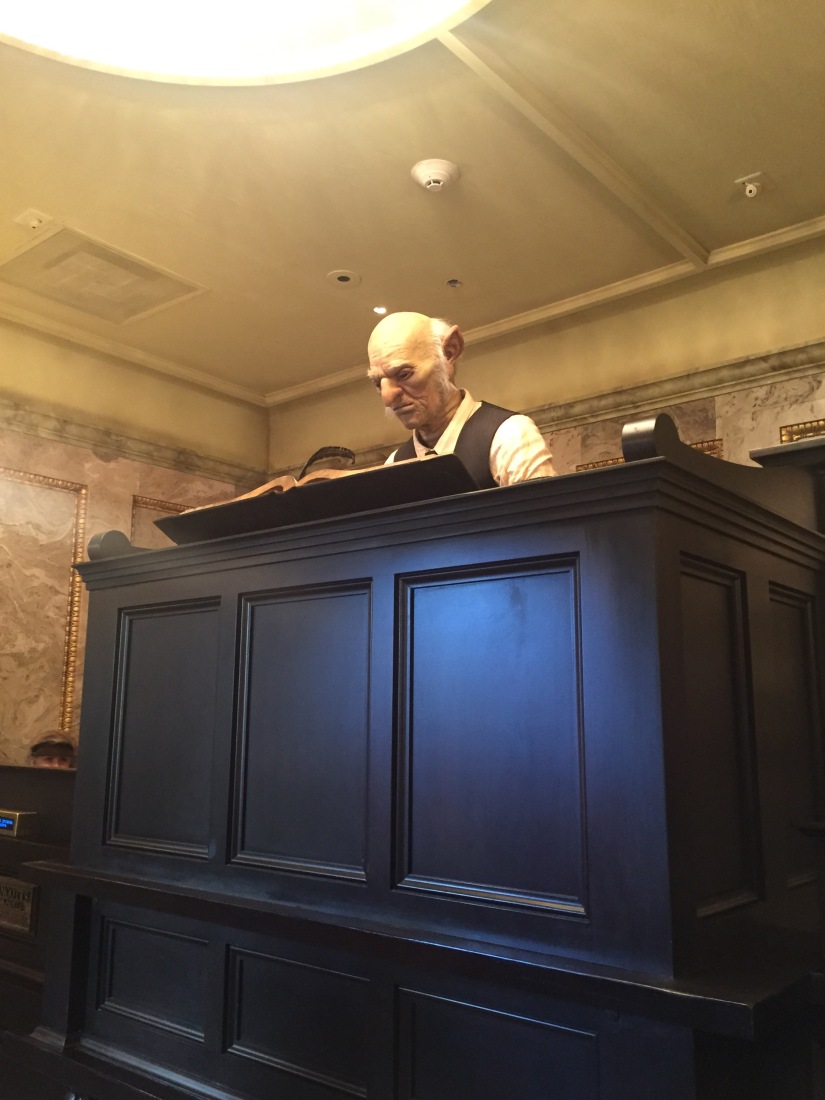 Riding the train was pretty exciting.  The amount of detail was impeccable!  While on the train you sat in a cab identical to the books/movies. 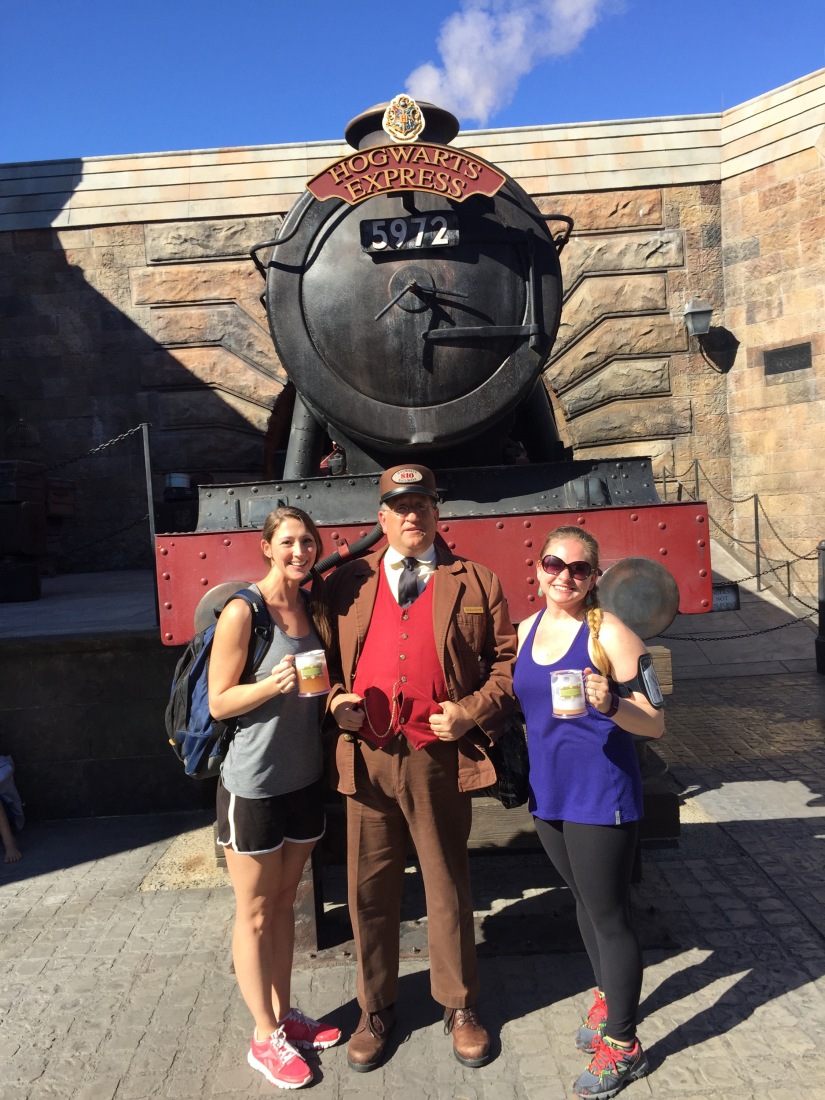 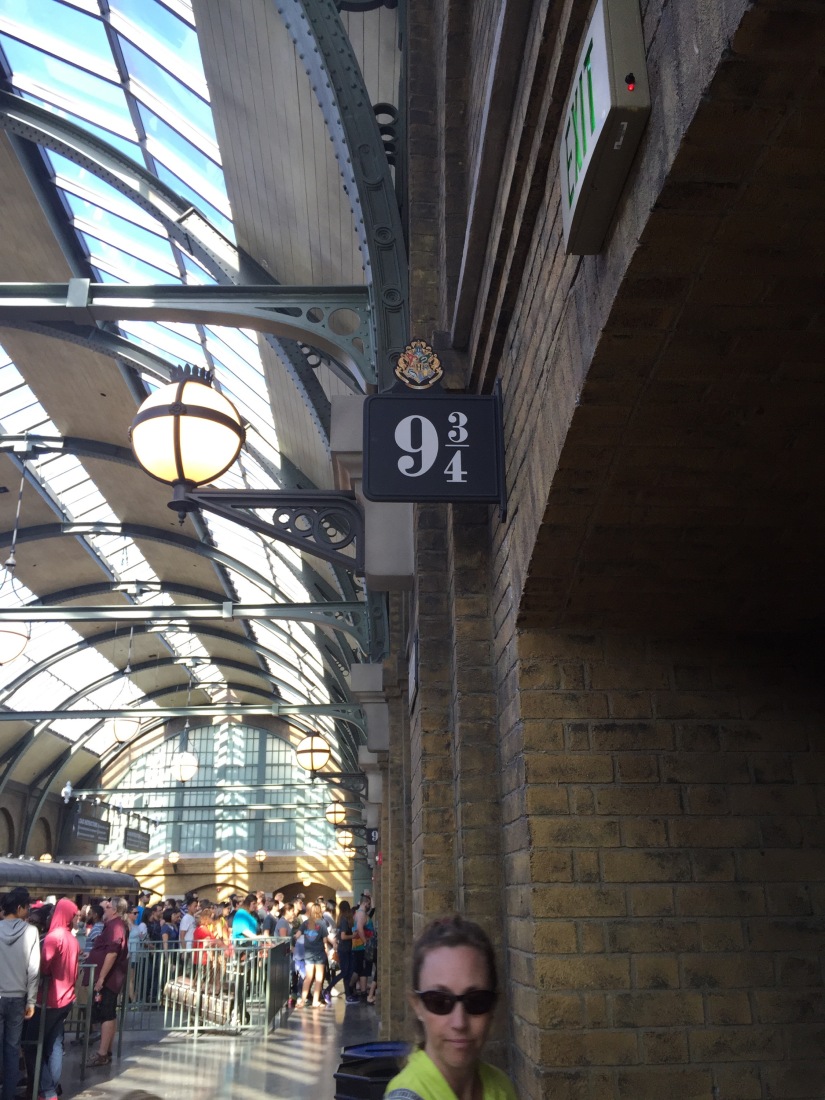 Of course we saw Hedwig!  And… Actually went through Platform 9 3/4!

To finish off the first day, we took a stroll through Dr Seuss Land! (And rode the Merry-go-round found!)

The next day was DISNEY WORLD!!!!

We met all the princesses we could! (I do wish we had found Cinderella and Ariel!) 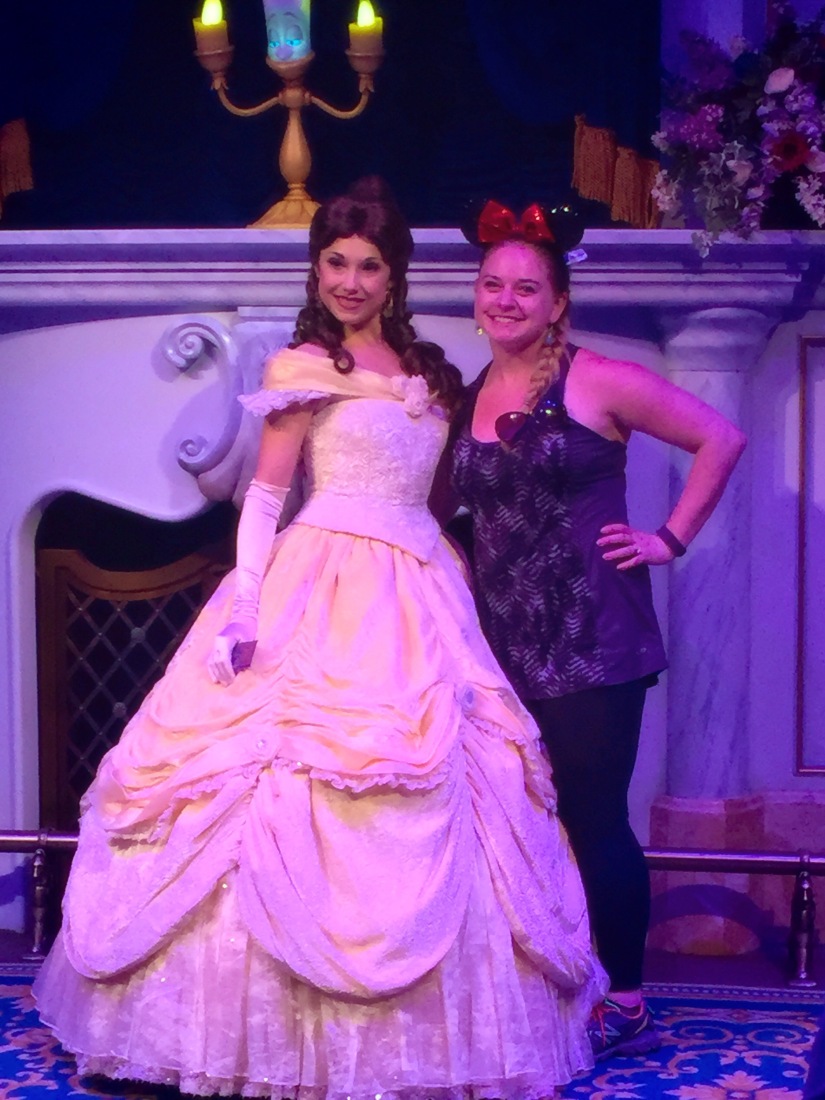 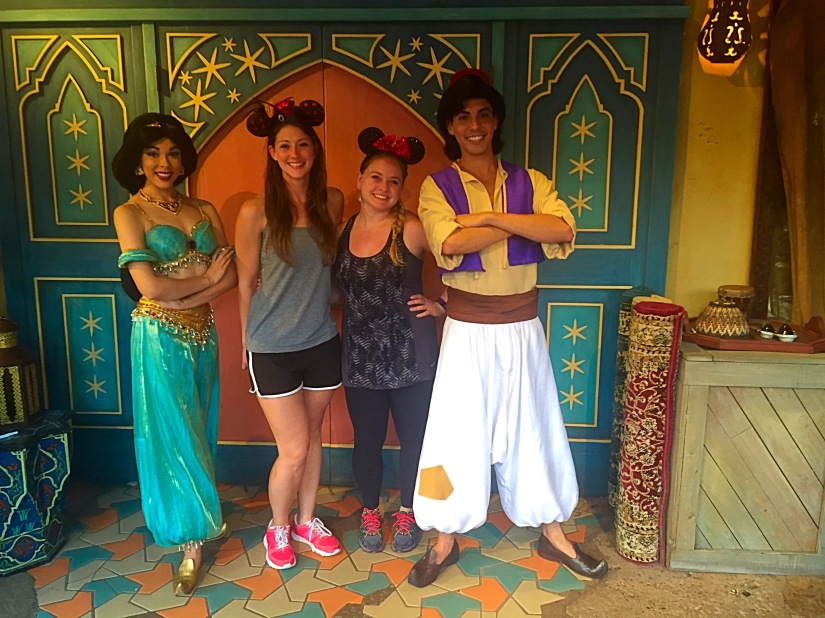 We also visited Cinderella’s Castle and Belle’s castle, and got to go on a musical Little Mermaid ride!  (Side note- we took a MILLION pictures of the castle at night- so hard to get a good one!  The secret we figured out was leaving your flash on!)

Several of the characters performed a show, and there was a light show on the castle that night.  The light show was incredible!

We of course rode the classic tea cup ride, watched the firework show, and bid a farewell to Disney World by riding the “It’s A Small World” ride! 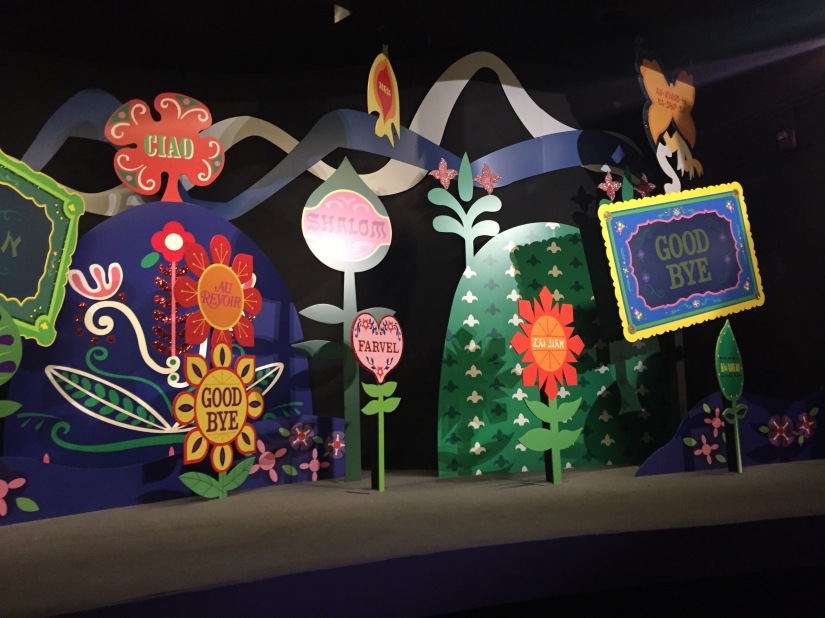 There is so much more I could say about our trip and so many more pictures I could post, but really this post is so that I have a memory to look back on!
Also- the app that I use to write my posts in has crashed SO many times- which means I didn’t spell or grammar check!

2 thoughts on ““A Dream is a Wish Your Heart Makes””