“You’re the fire and the flood.

And I’ll always feel you in my blood.

-Vance Joy, Fire and The Flood

March, March, March!  It has finally come, and is close to being over.  March was a big month for not just me, but for Will and I both- So.Many.Emotions.

For starters- my THIRTIETH birthday was March 5. Thirty. 30. 3-0. Three decades.  That weekend was also the weekend our baby from our second miscarriage was due.  What’s even harder to believe is that we could potentially have TWO kids right now, as the spacing between both of our pregnancies allowed for both of those babies to have been born and they would have been siblings.  However, I would also not be pregnant with this sweet baby we are fortunate enough to hopefully get to meet in August!  Talk about a rush of emotions…

For the last two years we have spent my birthday weekend in Little Rock because Will and I have done the half marathon both times.  We decided to carry on the tradition, and still go to Little Rock this year, but decided that doing the 5K together was a safer bet for me- especially since I was not working out or running much for the first part of my pregnancy.  (I have a smalllllll hematoma that caused some bleeding on New Year’s Eve.  The doctor said it would probably be fine to carry on like normal- however Will and I also decided that a few weeks of not putting any extra possible stress on it was better for us.  A hematoma can actually go away on its own, or it can get bigger, if it gets bigger, it can potentially cause issues with the baby-so we were taking no chances after losing two.  Mine has not gone away, but it also hasn’t gotten any bigger, nor has it caused any more bleeding- thankfully.) Anyhow, we successfully completed the 5K by both walking and running, and it felt good!  Will still ran the half marathon on Sunday by himself in the cold and rain- I actually got a little teary eyed waiting for him to cross the finish line!  Obviously the emotions were bigger thanks to the baby hanging out in me right now, but I couldn’t help but think that Will and I usually did that race together, but also happy that for once I wasn’t running because this pregnancy seems to be going well so far!  Will did an awesome job keeping the weekend busy and full of fun!  Some friends- Bryce and Mary Beth stayed with us for the weekend and helped celebrate!  We also saw some other Little Rock friends- John and Kati- for lunch on Saturday.  After Will’s half marathon we ate at our go-to fast food place, Slim Chickens, on the way out of town and ran in to family from Will’s side and had lunch with them!  Needless to say, the weekend was great!  Oh-and to top it all off- WILL MADE ME A CAKE!  No one ever makes me a cake, I usually do that for everyone else.  It really was the sweetest thing, and ended up tasting pretty good too!

Fast forward another week in to March- Friday, March 10.  The day of our next doctor appointment.  The appointment where we got to find out if we were having a boy or girl!  They didn’t measure at the appointment- apparently we have lots of measurements that will be taken next month, so as for now, my due date is still August 21.  Will and I chose to not let the ultrasound tech or doctor tell us, so that we could still do a fun reveal on our own later.  The girl, Kelly, who did our ultrasound is wonderful and always gives us plenty of pictures!  She put the picture with the “answer” on it in an envelope and we took it to party city!  Party City filled a bag of balloons up for us that we could later open.  Of course Will and I had chips and all the dips from a Mexican place while waiting! 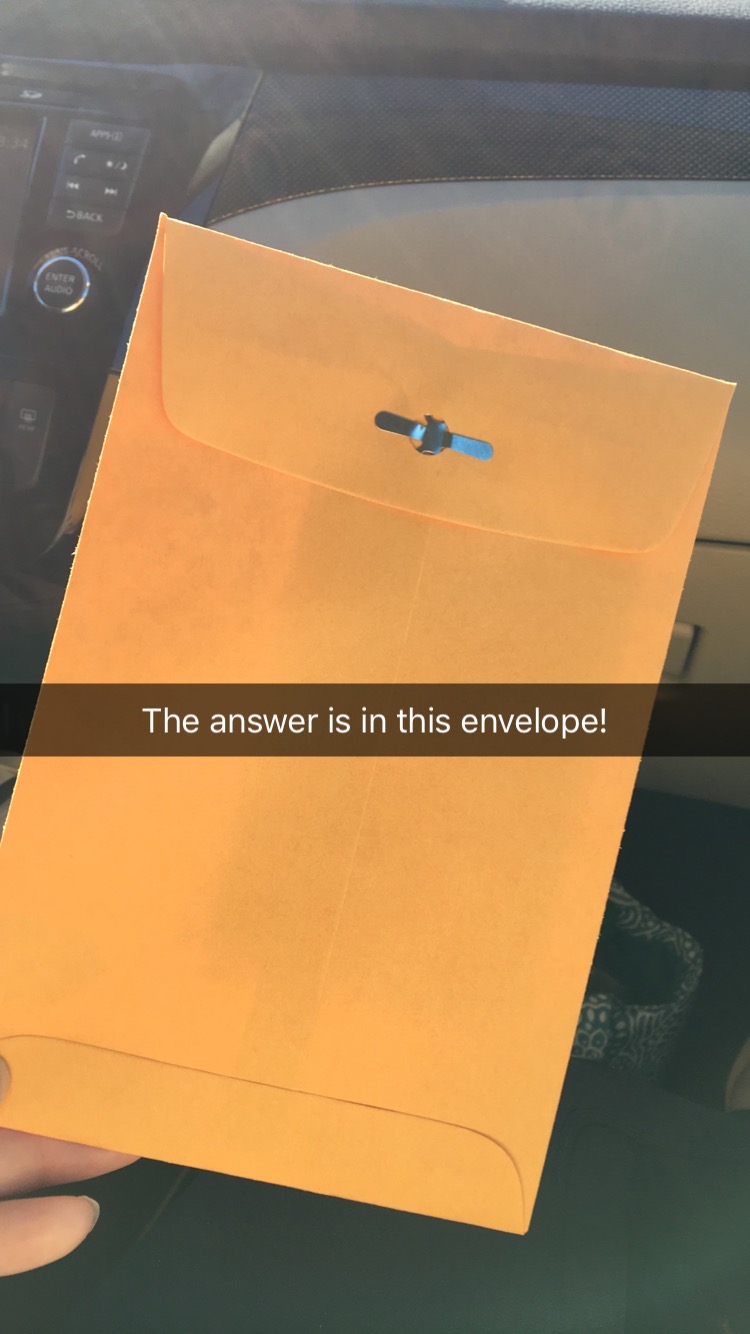 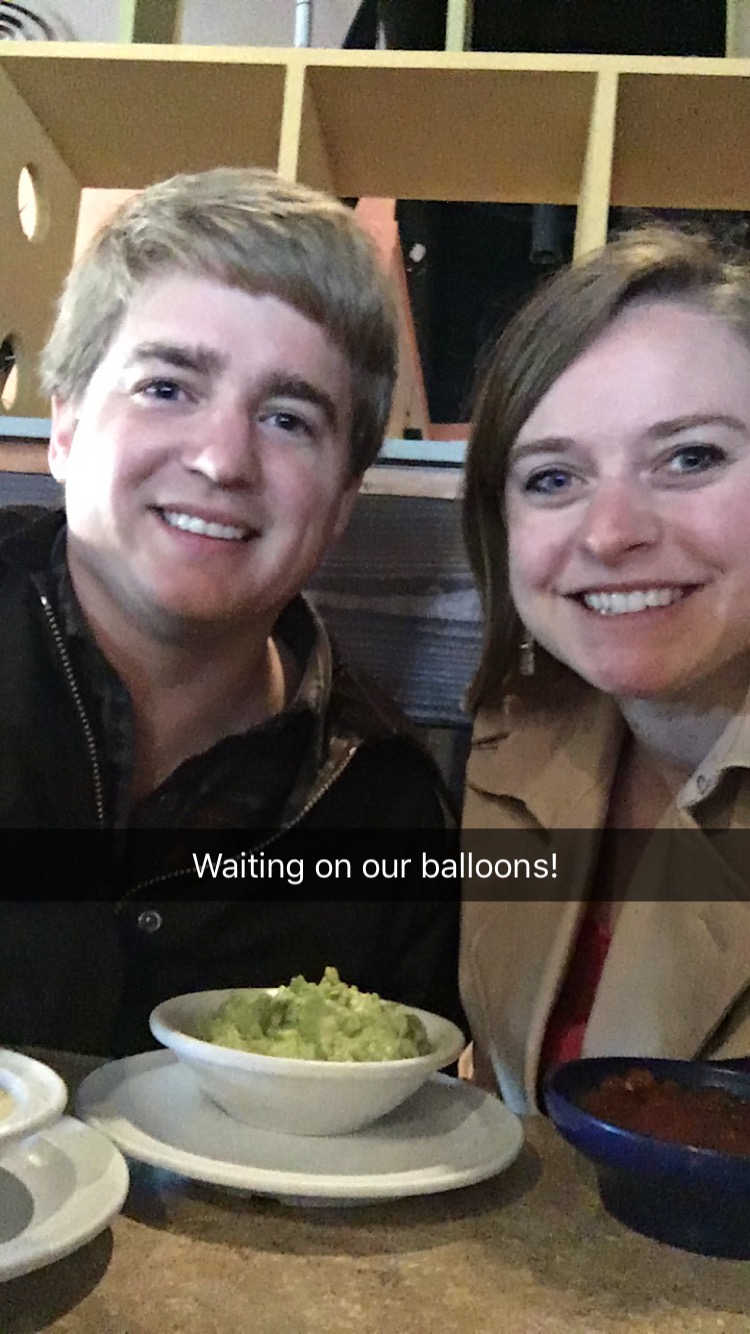 Once we finally got the balloons, we headed out to do our Facebook Live Video!  Unfortunately I can’t figure out how to save that video to my computer, but we also filmed it separately just in case that happened- so if you don’t have Facebook and can’t see that video, here it is!

As you can see, we are having a girl!!  Really, we will take any and every kid we are thankful enough to get, so a boy or a girl would have been equally as exciting- but, now my bow collection can begin!  This particular day was also the first day of my week of Spring Break from school! 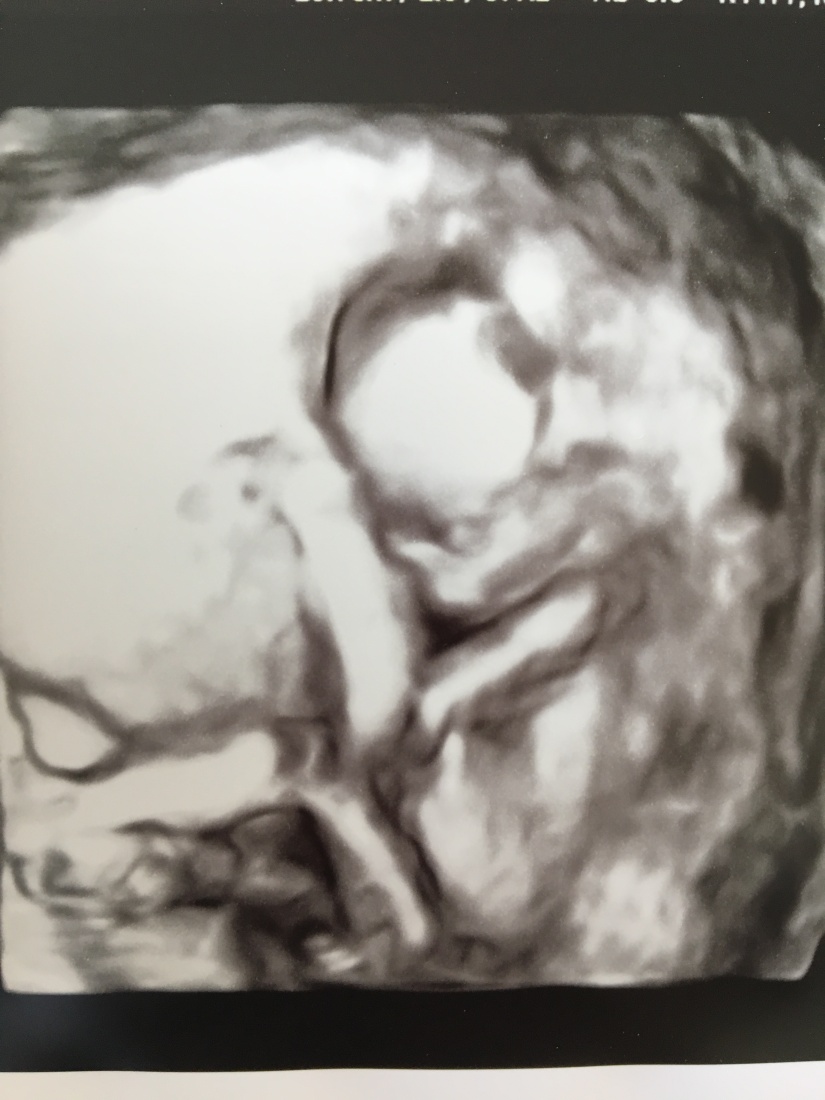 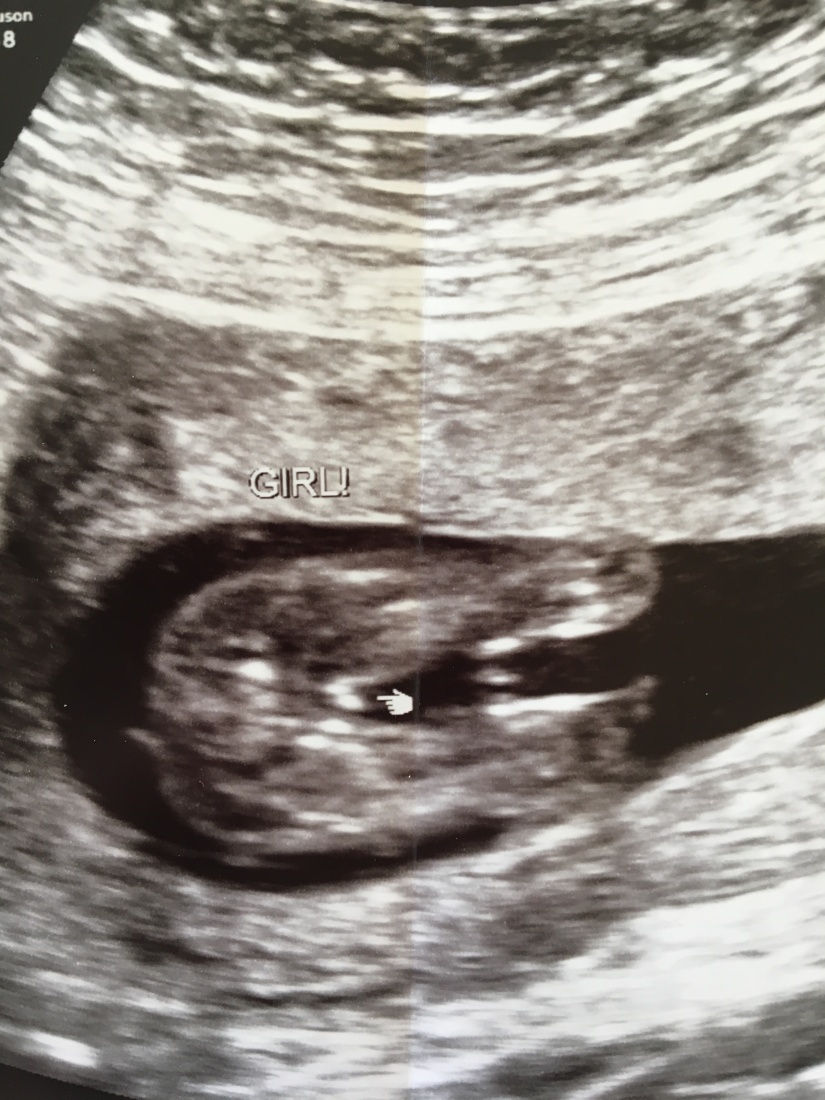 Spring Break was wonderful and full of rest and lots of Pure Barre.  March definitely was a scary month to come in my mind, but has really turned out so well so far.  Monday, March 20, marked 18 official weeks with this baby girl, so we have almost made it to the half way point, which is HUGE.  Will started planting this past weekend, so he is quickly getting very busy.  So far things seem to be running pretty smoothly and he seems happy about that!  We will have corn planted around our house again this year, which I love!  It looks so neat when it’s full grown and practically makes a big wall around our house!

So as I close this post, I’ll leave the same quote I started with:

“You’re the fire and the flood.

And I’ll always feel you in my blood.

Everything is fine.”  -Vance Joy, Fire and the Flood